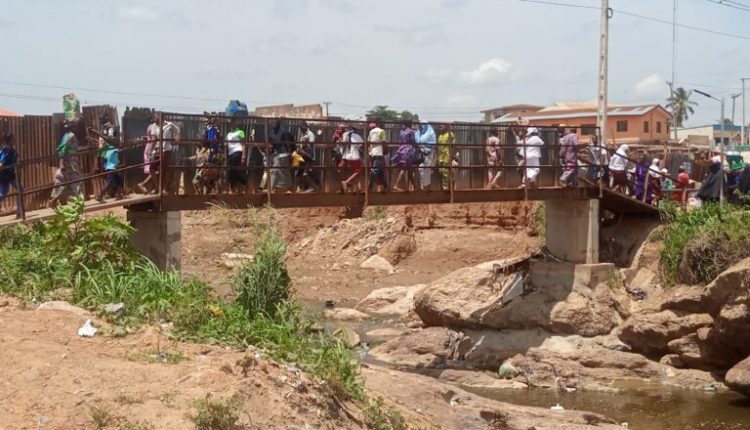 Residents of Olorunsogo, Amuloko and Akanran in the Ona-Ara local government area of Oyo state, are appealing to Governor ‘Seyi Makinde-led-government, to urgently fix the road orchestrating hardship and paralysis of economy among other challenges.

The constituents made appeal to Governor Makinde on the complete rehabilitation of Olorunsogo-Amuloko-Akaran road that allegedly makes pedestrians, motorcyclists and motorists encounter hardship and thereby paralysing economic activities of the axis.

A motorist, named Olawale who plies the axis while speaking with newsmen lamented that the deplorable condition of road and its total blockage, had caused hardship with negative effects on the constituents.

As a commercial motorist, Olawale maintained that the poor situation of road had no doubt led to lack of passengers, stressing that the passengers who usually come to bus stop to board vehicles to their respective destinations, have taken alternative means of transportation to reach their places of abode.

The motorist added that, before Olorunsogo-Amuloko-Akanran road was blocked, there were many passengers who used to wait for vehicles but now the commercial motorists are waiting for longer hours before assemblage of passengers.

Olawale however appealed to Oyo state government as rainy season approaches, to help expedite speedy action through which the road would be motorable again.

Another resident, Yusuff Akee who lives at Idi Iroko axis of the local government, lamented that the bad condition of road had been there for many years, while previous governments paid little or no attention to it.

Akee added that, the current effort to get it rehabilitated is being orchestrated by Governor ‘Seyi Makinde, stressing that the road has been posing challenges and serious hardship to the constituents and major dwellers in the communities, sequel to their inabilities and failure to make free passage on the road.

He lamented that there was no alternative road to freely access Ona-Ara as a whole after the bridge had been cut off, that people are now making ways where there are no roads to access their points of destinations.

On negative effects that the blockage has caused, Akee substantiated that economy of the place has been completely paralysed while the only road that enhances the business activities hinders the possibility of flourishing.

He also added that there would be calamities if care is not taken to checkmate the unforseen circumstances, explaining that the only alternative road where motorists are plying are becoming impassable.

He stressed that the trailers and other long vehicles may cause disaster, provided they mistakenly fall in a tight corner while trying to make pass.

Meanwhile, Adedayo in his own submission opined that there would be no growth while people fail to make sacrifice and endurance.

Acknowledging the fact that the cutting off of the bridge from Olorunsogo to Amuloko has truly caused diversion to Tioya, Adedayo lamented that the road has caused poor patronage and people’s inability to ply the road as expected.

He also called on government to assist the people of the axis and others who are visiting the place for different purposes; maintaining that the road remains the only one that links the communities in Ona-Ara local government and beyond.