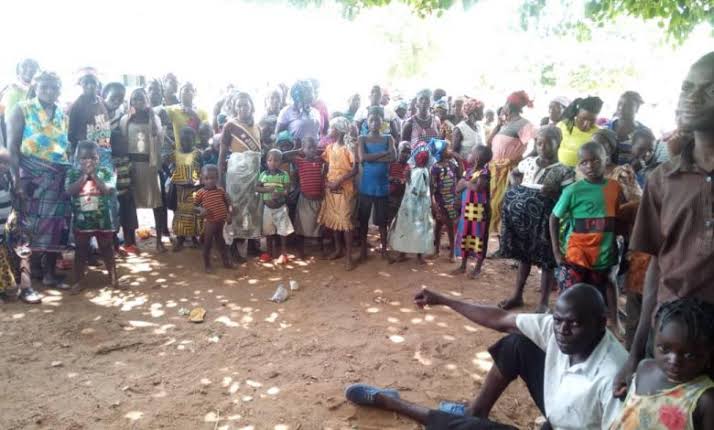 Residents Flee Their Communities Over Robbery Attacks, And Rape of women In Ibadan

Some residents of Ogunde, Arijo, Isatola, Wajawaja, Tapa, Olomo and other communities in Apete, Ido local government area of Ibadan have abandoned their homes over fear of armed robbers and rapists.

AKÉDE Ọ̀YỌ́ reliably gathered that some armed robbers have continued to terrorise the communities and some parts of Apete since Monday, 12th April 2021.

Sources in the community told AKÉDE Ọ̀YỌ́ that the armed robbers always dispossess residents of their personal belongings including mobile phones and money.

They lamented that the armed robber also rapes helpless women and girls in the communities.

Some landlords of the area who spoke in confidence to AKÉDE Ọ̀YỌ́ said many have abandoned their residences.

Those still resident in the communities has also made plans to move their wives and female daughters out of the communities due to fear of being raped by the armed robbers.

One of the residents who spoke with AKÉDE Ọ̀YỌ́ on Monday said, “We have been experiencing armed robbery attacks since last Monday. In fact, my friend has moved his wife and children out of the house. We are now living in fear. We thought that we will have peace of mind considering the ongoing Ramadan fast where crime rates are usually minimal not knowing that armed robbers can still operate up to 6am”.

Another resident said, “Armed robbers had been disturbing us in our community. Like in our own community, a few houses to my house was robbed yesterday. I was hearing noise between Saturday and Sunday morning. Even, the owners of the house had left the house. That is Isatola community. The same thing with Arijo and Ogunde. I was hearing that they also rape some women, but I cannot confirm it.

“We have been experiencing it for a long period, even they arrested one person, he is also a landlord, the case was taken to Iyaganku, but, I was told that he has been released by the Police. The landlord caught him and handed him over to the police, we thought that the robberies will stop, not knowing that they will still be disturbing us. The armed robbers left our area around 6am on Sunday. The case has been reported at the Apete Police station.”

Another resident said, “Yes. I am aware. Some people had left. There is a family in our area, the house was built by one of their children who is overseas, the armed robbers invaded the house, they collected their money and phones and as I speak the family has abandoned the house.”

However, efforts made by AKÉDE Ọ̀YỌ́ to get a reaction from the Public Relations of the Oyo State Police Command, Mr. Adewale Osifeso since Monday have proved abortive.

When contacted, Mr. Osifeso, promised to get details of the robbery incidents.

Efforts made to get his reaction on Tuesday and Wednesday yielded no result.

Also, messages sent to him asking him to react to the robbery incidents had not been replied as of the time of filing this report on Wednesday.