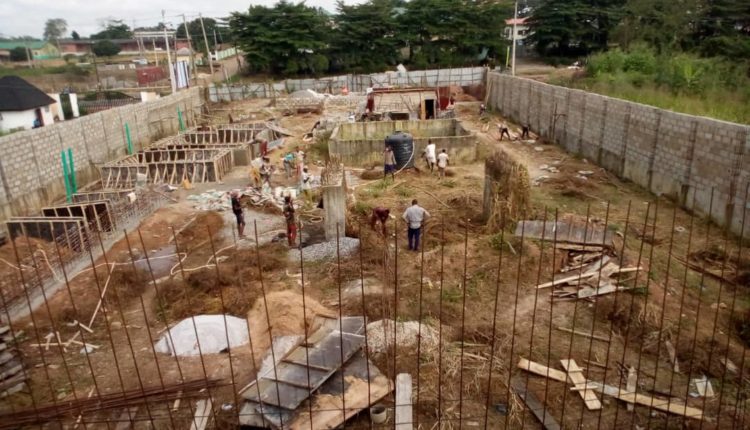 IBADAN – The residence of Aerodrome Estate, Samonda, Ibadan has called on the Oyo State governor, Engineer Seyi Makinde to save them from eminent danger over siting of a gas plant allegedly belonging to Gasland Nig. Ltd within their residential estate.

The residents lamented that despite a letter from Department of Petroleum Reasources (DPR) suspending work from the site of the gas plant, work has resumed again, stressing that the rate at which the construction was going is suspicious.

Addressing journalists in Ibadan during a protest by the residents on Friday, the Vice Chairman, Aerodrome Estate Gome Owners and Residents, Prof. Mojisola Atalabi, stated that the state governor should wade into the matter before getting out of hand, adding that as law abiding citizens of Nigeria, they have right to their life and safety.

According to her, “We have our hears on the ground, owner of the plant is boasting that we can not do anything because they have money, connections and political backup.

“We wrote to the government, we protested, we went to DPR, we went to Ministry of lands, Ministry of environment, and even Ministry of energy, we were told that something will be done, but the next thing we see is the resumption of work at the site, and they are working both days and night.

A resident in the estate, Arch. Akinkole Babalola said that government shouldn’t have giving approval for the gas plant, noting that the risk and hazard associated with the gas plant in the residential area is enomous and devastating.

Accordig to him, one of the guidline of DPR in siting a gas plant is that the location must passed a suitability test which Gasland has failed.

“We wrote letters and backed it up with documents to convinced the government to know the illegality of the gas plant, and government has promised to do something about it, but till now nothing has been done on it.