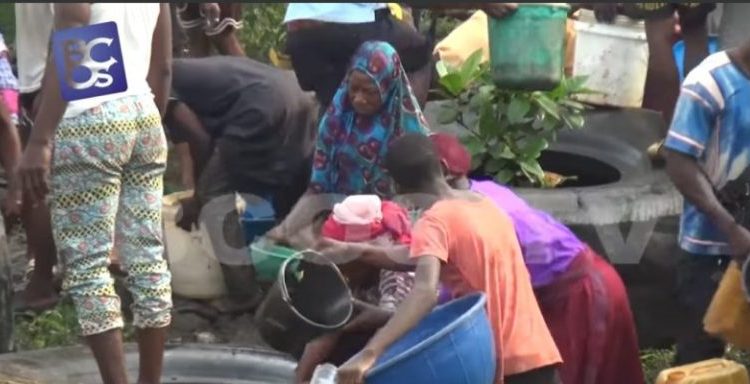 A fuel laden tanker of 33,000 litres capacity fell and spilled its content at Orogun area of Ibadan, around 5am on Monday morning causing heavy traffic at Ojoo-Iwo Road Expressway.

Police men, fire fighters and Amotekun Corps were reportedly helpless seeing scores of residents including men and women trooped out with different containers, bikes and vehicles to siphon away the premium motor spirit popularly known as petrol.

They however said they were doing their best to make sure there is no fire incident.

The Senior Fire Superintendent who spoke with BCOS news, Mr Ayodeji Igbekele of the Oyo State Fire Service, said houses around the axis have been alerted to desist from cooking to avoid fire disaster.

Meanwhile, efforts are still on to evacuate the tanker from the accident scene.