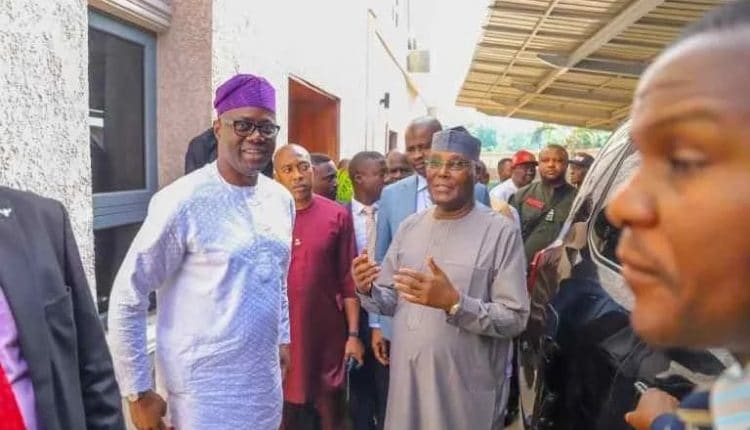 According to exclusive photos obtained By Polity Now, the duo met at the Carlton Gate Hotel, Agodi Ibadan early Sunday morning before he left for Osogbo.

It was gathered that they met to discuss the state of things in the party and the forthcoming presidential primaries fixed for May 28 and 29 in FCT, Abuja.

Makinde, who was said to be in jovial mood told the former Vice President that he was unavoidably absent on Saturday while the ex-VP entered town.