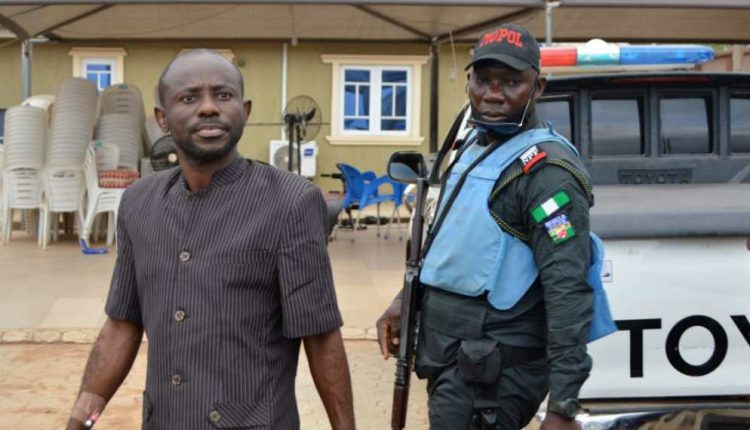 REVEALED: Crime Alert Scammed Us To The Tune of #2bn, While EFCC Charged Him For Only #35m— Investors Cry Out

Victims of an investment scam by a ponzi operating company Dettorid Heritage Investment Limited (DHIL) owned by Mr. Amos Olaniyan has cried out to the public and Government of the Federal Republic of Nigeria to come to their aid to seek justice as the EFCC seems out to pervert justice on the trial of Mr. Amos Olaniyan.

Mr. Amos Olaniyan is presently facing trial for an investment scam of #35m as charged by the Economic and Financial Crimes Commission (EFCC) meanwhile investors who had fell prey of this Criminal arrangement have claimed that the Crime alert boss had raked in over #2bn from investors across Southwest Nigeria through this criminal platform.

Mr. Olaniyan had convinced his victims through series of radio programs where he promised a 30% ROI every month but since 2020 none of the investors has received the said profit and neither have their capital been returned to them.

Oyo Police Recovers Body Parts of Woman Who Was Killed By…

We Were Dying Like Chickens But Now We Live Better – Oyo…

Copies of petitions sent to EFCC by a body of elected representatives of the victims from Ibadan shows that the sum of #414,063,000 was owed to Ibadan investors alone while other investors scattered across Lagos, Ogun, Osun and Ondo state.

The representatives have also written the Zonal Command of the Economic and Financial Crimes Commission in Ibadan to inform them of the error in the charges pressed against the swindler but yet they haven’t reacted in any way.

The investors are afraid of a possiblity of any kind of conspiracy between the EFCC and Mr. Amos Olaniyan to underplay the magnitude of the crime committed by Mr. Amos Olaniyan and DHIL, this is hitherto subvertion and denial of justice to the affected persons.