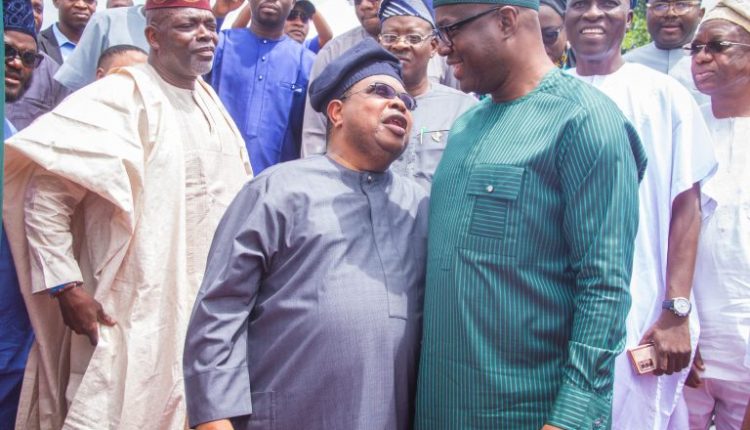 Notable members of the All Progressives Congress, APC, in Oyo State have joined Joseph Tegbe, in the Peoples Democratic Party, PDP, OYOINSIGHT.COM can report.

Tegbe, a management consultant and partner at KPMG, was governorship aspirant on the platform of the APC before defecting to the PDP to take the Oyo south senatorial district ticket.

Prominent among those who have joined Tegbe in PDP from APC, OYOINSIGHT.COM learnt, are Jide Adéwálé, Fatai Akinsanmi, Erelu Jaiyeoba as well as Hafiz Oladejo.

Adewale, who was an aspirant for Oluyole federal constituency seat, was environment commissioner under late former governor Abiola Ajimobi. Akinsanmi, a lawyer, was caretaker chairman of Egbeda local government while Oladejo was pioneer secretary of Okebadan local council development area and an aspirant for Ibadan North West seat in the Oyo Assembly.

OYOINSIGHT.COM learnt that more known members of the APC would be joining Tegbe in few weeks time.