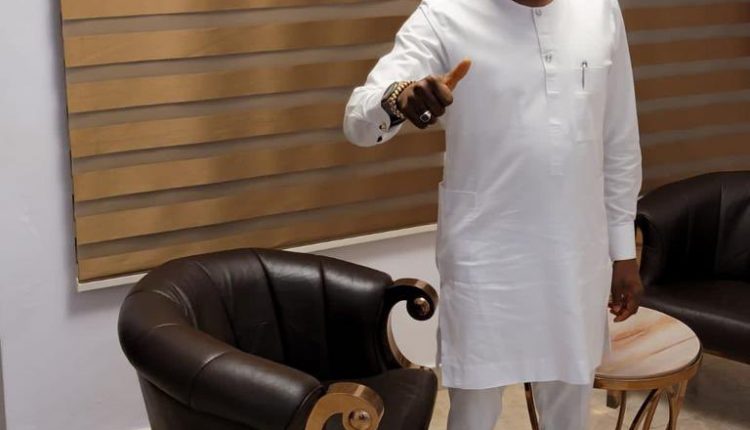 REVEALED: Peller To Join Adelabu In Accord, Begins #ThumbsUpChallenge On Social Media

Adelabu, who was the All Progressives Congress, APC, governorship candidate of the party in the 2019 election, had also recently defected to Accord, after failing to clinch the party’s ticket.

SOYOINSIGHT.COM reported that Accord has sent the name of Shina Peller to INEC as its senatorial candidate in Oyo North.

In a manner giving credence to his joining the party, the Iseyin-born politician has also started the #ThumbsUpChallenge on social media to subtly raise awareness for the party whose logo is the thumb.

Peller, it would be recalled, announced his defection from the All Progressives Congress, APC, recently, citing imposition.

The nightlife king had said, while announcing his exit from the APC, said he was heeding the call of the people of Oke Ogun to liberate and restore the glory of the region and the entire Oyo North Senatorial District.

This was just as he promised to announce his new political party on Tuesday at the next plenary session of the House of Representatives.