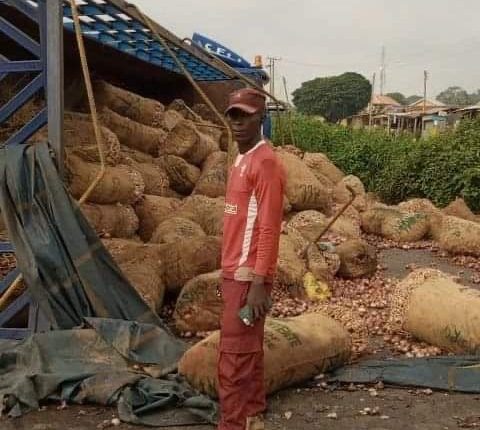 Officers of the Oyo State Road Transport Management Authority (OYRTMA) earlier on Saturday at about 11:00 a.m, restored normalcy to Moniya-Oyo road after an articulated truck fell on its side.

This led to some traffic in the area.

The lone accident involved an articulated truck loaded with some agricultural products mainly onions at Olode, Idi-Ose axis of the Moniya-Oyo expressway, Ibadan.

As at press time, no human casualty was recorded.

The OYRTMA has therefore implored the motoring public plying the route to drive with caution, limit speed and obey traffic wardens’ directives.