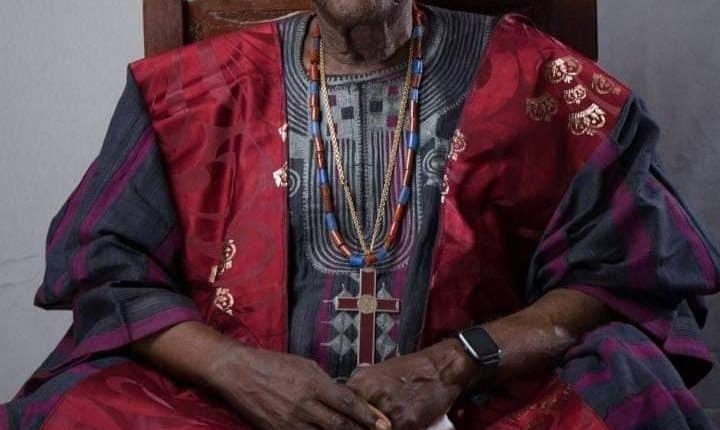 Ruling House To Ladigbolu: It’s Ridiculous To Say You’re Being Begged To Contest For Alaafinate Throne

The Chairman of Agunloye Ruling House, Prince Yusuf Tella, has described as untrue the claim by a retired archbishop of Methodist Church Nigeria, Ayo Ladigbolu, that he was being urged by people to contest the race to become the next Alaafin of Oyo.

The Alaafin stool became vacant following the death of Oba Lamidi Adeyemi on April 22 at the age of 83.

Oba Adeyemi was produced by the Alowolodu Ruling House and Agunloye is believed to be the next to produce the next Alaafin.

Ladigbolu had said people were begging him to contest to occupy the vacant stool in a recent publication.

He said, “The people are actually urging me and appealing to me to join the race. The pressure is not limited to well-meaning adults but also includes a lot of the common people who have been touched one way or another by my patriotic enthusiasm for the growth and development of Oyo Town and the Oyo Metropolitan Community.”

But speaking with Sunday Punch, Tella said there were too many qualified princes from Agunloye Ruling House, adding that it would be ridiculous for anyone to claim that people were pleading with him to contest the race.

He said Ladigbolu should rather tell the public why he wanted to become the Alaafin at the age of 84.

He said, “It is wrong for him (Ladigbolu) to say that he was begged to contest. No prince begged him to contest.There are so many princes who are jostling to be selected to mount the stool. So, why will they be begging him? Even when you talk of age, he is older than the late Alaafin.

“So many have applied and this is in the public domain. There are so many qualified princes who have signified interest. So, who is now begging him? That claim is not true.’’

“The Agunloye family has presented 48 candidates and we are telling the Oyomesi again that out of 29 children, only one of them has produced Alaafin on three occasions. They should pick the next Alaafin from the remaining 28 families who have not had such an opportunity to mount the throne.”