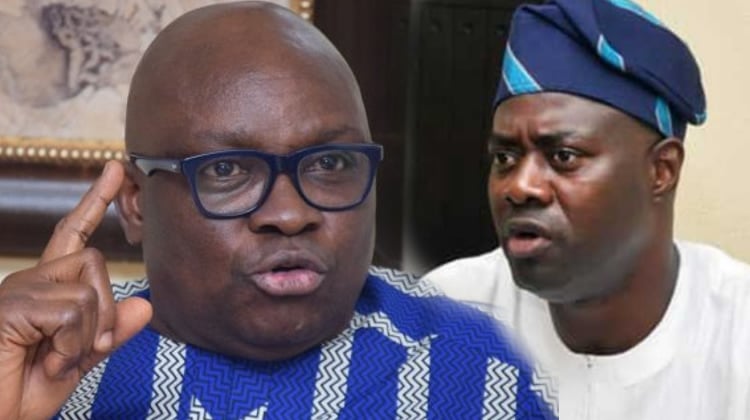 A Chieftain of Peoples Democratic Party, PDP in Ibadan, Oyo State, Elder Ismail Ashipa has opined that the outcome of Southwest Zonal Congress of PDP had shown that the former Governor of Ekiti State is still force to recon with in the party despite Governor Seyi Makinde’s influence and numbers of powerful proteges that he is controlling.

Ismail Ashipa said this in a post in his official handle shortly after the announcement of the result which the former Oyo State deputy Governor Ambassador Taofeek Arapaja emerge as the new zonal chairman.

He said,”I never believed that the Fayose’s led opposition to the Oshogbo Congress was so powerful and strong till the final results were released which Ambassador Taofeek Arapaja won”.

“Let’s objectively checkout the analysis below.

All these people gave 343 Votes despite Gov Seyi Makinde coming to the congress with 165 delegates from Oyo State.

You can deduce from here where the real political strength lies.

And that is why, Governor Seyi Makinde must make that one call now for the good health of the PDP.