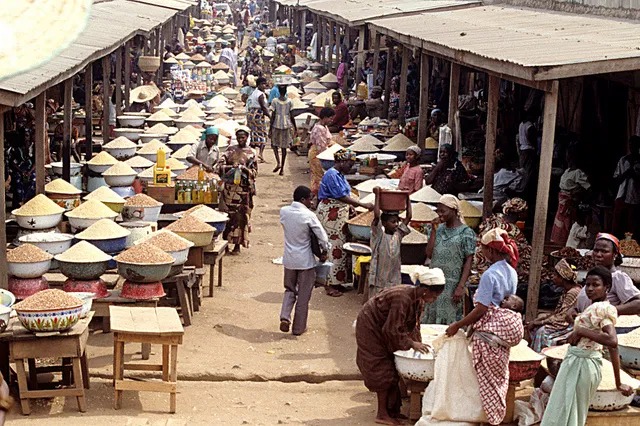 Markets in Oyo state have initiated various security plans and Emergency crisis management strategies aimed at preventing an occurrence like the Shasha tribal clash in February.

The Shasha crisis saw the wanton destruction of properties valued over 100 million naira because of the incorrect profiling of a group. In order to prevent such situations in the future, the Babaloja of Oyo State, Alhaji Aderemi Jimoh who is also the Babaloja of Bodija Market, said he and other leaders of the market union were working together to make sure that the Shasha market episode was not repeated in any Oyo State market again.

Jimoh said, “I was at Shasha with my people and when I saw the level of destruction there, I was saddened. I hurriedly called the heads of various markets, especially markets where Hausa traders are many. I called the heads of Hausa traders in the market and we held a meeting on how the crisis would not spread to this market. Shasha is not far from Bodija and the two markets have similarities.

“There are many Hausa traders in this market selling pepper, onions, yam, cows and many other things. The crisis would have assumed a most dangerous dimension if it spread to Bodija. I appreciate the Divisional Police Officer in this area, Janet Salami, for being proactive and her efforts including the state police command in making sure that the Shasha crisis did not spread to Bodija.”

“Everybody is working to make sure that the crisis did not spread to this market. I also called heads of other markets in Ibadan although there are no Hausa traders in many of them, but we still had to be vigilant. I called heads of markets in Oyo, Ogbomoso, Iseyin and other places for them to prevent the violence from spreading to their areas and we thank God for it.’’
He also called on the government to tackle the issue of rising unemployment in the country saying it would prevent a repeat of the crisis, and adding that many youths were without jobs and available to be used to foment trouble.

Jimoh stated, “Also, there are many porters especially from the northern parts of the country who have no address and if anything happens, it will be difficult to trace such people. For example, when trucks bring beans to this market, some of the youth aboard the truck heading to Lagos or other places would just decide to alight here especially if they see someone from their villages or local government areas.”

“Such people don’t have a house where they live and they sleep anywhere at night. We cannot stop them from coming here but we want the government to assist us. If everybody has identification like the national identity card, it will help.”

“On our part, we are being vigilant and we hold meetings with heads of various groups in the market. This helps us to know whatever is about to happen and we quickly address it. We also tell our people to see everybody as one. We tell them that we are all brothers and sisters. We work together with the police who gather intelligence and we will also assist them to serve us better.”

Similarly, the Secretary, Oyo State Market Men and Women, Alhaji Ayobami Ajala said the market leadership holds regular meetings with the community head and the people although the market which he leads; Olomi market contains few traders from other tribes.

He said, “This has been helpful and we will continue to do everything to ensure that the harmonious relationship among traders and buyers is sustained. Crisis does nobody any good. Apart from that, when an issue is reported, we look into it quickly to prevent such from degenerating.”

On his part, the Babaloja of Ogbomoso, Alhaji Jafaru Babalola, stated that although a cordial relationship exists amongst traders in the market, the market leadership has continually urged traders to always report any case that might lead to rancor.

He said, “Ogbomoso is a peaceful place and so also, markets in the town are peaceful. We don’t discriminate against anybody. We can’t even do that because Ogbomoso indigenes are known for travelling far and near to trade and reside. The kind of violence that happened in Shasha Market never happened in any market in the town and it will not happen by the grace of God.

“We are not even stopping at that. We have instructed our people to always report any incident that may result in violence. We work closely with community leaders and security agencies.

If there is any case that may degenerate into violence, we will let the security agencies know. But more importantly, we see ourselves as members of one big family and that is what we will continue to maintain.

If there is love, no matter the misunderstanding, it will not result in killing or destruction of property.”

The immediate past President General of the Central Council of Ibadan Indigenes, Yemi Soladoye, while speaking at the fifth coronation anniversary of the Olubadan also said that the Shasha violence was not between Ibadan people and Hausa, noting that the ancient city would continue to welcome people from all over the world.

He said what happened at the market was a personal issue between some traders. According to him, the group will support efforts being taken by the state government to ensure the return of peace in all parts of the state.

He said, “We want the world to know that despite the Shasha episode, Ibadan still maintains its record of high level of hospitality, tolerance, accommodation and indeed the largest city in Nigeria where all ethnic groups all over the world reside.

“Shasha, Sabo, Ekotedo, Ago Tapa, Ago Igbira, Isale Ijebu, Ago Tailor, Oke Shapati and all religious groups coexist without records of ethnic or religious riots. The Shasha episode was principally personalized issues among the traders as against ethnic issues between Ibadan and her guests.

We seize this opportunity to confirm to our Governor, Seyi Makinde that we solidly stand by him and commend him for the efforts taken so far on the return of peaceful co-existence to Shasha in particular and Oyo State in general.”

JUST IN: We Did Not Endorse Adelabu Penkelemes For 2023 – Embattled ALGON Denies Fake Report