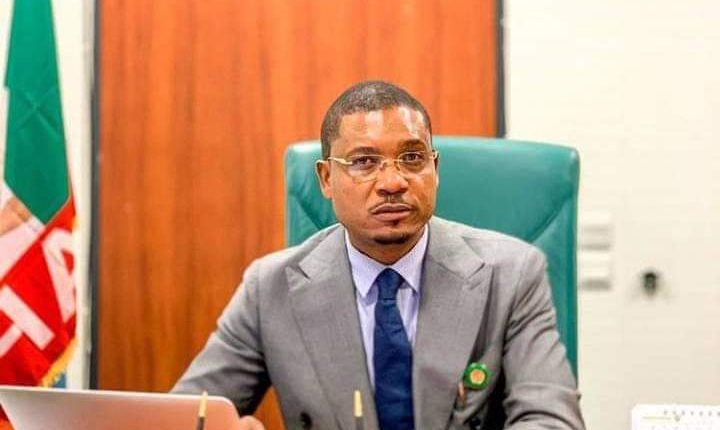 A federal lawmaker representing the Iseyin/Itesiwaju/Kajola/Iwajowa federal constituency at the House of Representatives, Hon. Shina Peller, has declared that he would announce his new political party on Tuesday, June 21 during the plenary session as he renounced his membership of the All Progressives Congress (APC).

He’s decision, according to him, was solely in the overall interest of the people of Oke Ogun who feel shortchanged and humiliated by the undemocratic decisions of some gladiators within the party in Oyo State who imposed a particular candidate against the wishes of the majority in Oyo North Senatorial District.

It would be recalled that APC Oyo North Senatorial primaries were originally scheduled to hold on Saturday 28th May 2022 at the Iseyin District Grammar School (IDGS), but could not hold due to the selfish interest of the bad elements in the party who were determined to manipulate the process.

Out of the five aspirants contesting for the APC Oyo North Senatorial ticket in the next general election; four of them including Honourable Peller were present at the supposed venue of the primaries except the incumbent occupier of the seat, Senator Fatai Buhari and party officials who were at a private residence of a party chieftain indulging in secret accreditation of delegates and voting.

However, the illegal voting was later aborted by the people which eventually made them cancel the primaries, and without prior notice to INEC as stipulated by law, the following day, they unconstitutionally moved the venue of the primaries from the senatorial headquarters which is Iseyin to Saki where they succeeded in manufacturing their desired results. None of the other four aspirants participated in the said primaries.

Consequent to this, the other four aspirants laid a formal complaint before the Appeal Committee of the party, but sadly to date, the committee is yet to show readiness in addressing the issues raised.

Oyo North Senatorial District is made up of 13 Local Government Areas (LGAs); ten of the LGAs are from the Oke Ogun region while the remaining three are from Ogbomoso. The incumbent senator is from Ogbomoso and he’ll be completing his second term of 8 years by 2023. So, the people believe that in the spirit of fairness, it is the turn of Oke Ogun to produce the next senator.

The Oke Ogun-born federal lawmaker feels what is just and fair is to lead by example and promote peace by not asking for a second term as a House of Representatives member. This is why he is heeding the call of the people of the Oke Ogun region and Oyo North Senatorial District to represent them in the red chamber in 2023.

“Oke Ogun people did not even ask to be given the ticket on a platter of gold, they wanted a free and fair primary election, which the party intentionally failed to conduct.

“So, Hon Peller is exiting the APC to heed the call of the people of Oke Ogun to liberate and restore the glory of the region and the entire Oyo North Senatorial District.

“Hon Peller will announce his new political party on Tuesday at the next plenary session of the House of Representatives”.

Why I Conferred Ganduje’s Wife With Ibadan Chieftaincy Tittle—Olubadan