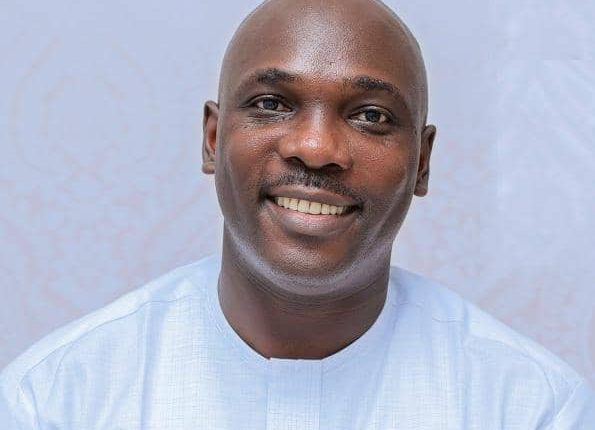 As the race to ascend the throne of the Onikoyi of Ikoyi-Ile begins, a former Students Union President at LAUTECH Ogbomoso who is also a certified Town Planner and Sustainable Development Advocate, Prince Adesola Kolawole has expressed his interest to ascend the ancient stool of the Onikoyi.

In a letter of expression of interest addressed to the Kingmakers of Ikoyi-Ile, Prince Kolawole noted that as a direct descendant of both Oba Kolawole Adegun I; Oba Aminu Kolawole Adegun II who reigned as Onikoyi between 1952-1973 and as a member of the Kolawole Adegun Royal family of Yowere Compound in Ikoyi-Ile, he is putting his foot forward to succeed the late Oba Abdulyekeen Ayinla Oladipupo IV who passed on to the great beyond a few weeks ago.

Born over 43 years ago, the polymath who is also a Technical Adviser on Agriculture and Rural Development at the National Assembly informed the Ikoyi-Ile Kingmakers that his parents are both from the Royal bloodline of Ikoyi-Ile and if selected, he will be bringing to the stool his wealth of experience acquired over the last two decades of social and sustainable development advocacy.

He reiterated that his education, experience and exposure both in the public and private sector as well as a serial entrepreneur over the years will turn around the fortunes of the community and bring goodwill to Ikoyi Kingdom.

Our reporter gathered that the Oyo State Government via a correspondence from the Ministry of Local Government and Chieftaincy Matters have approved the commencement of the administrative process for the succession of the Onikoyi stool.

The procedure according to a Centenarian in Ikoyi-Ile which was corroborated by two of the Kingmakers was that all interested princes from the identified ruling houses in Ikoyi-Ile would submit their applications endorsed by their family heads to the committee of Kingmakers.

The princes will thereafter be invited for a meeting to inaugurate the process after which they will wait for the selection and announcement of the Onikoyi-Elect after careful consultation with the ancestors in line with Yoruba tradition and culture.

So far, our investigation reveals that about 18 princes from the ruling houses in Ikoyi-Ile have expressed interest to vie for the vacant Onikoyi stool.

According to our findings, there is no white paper in any of the Oyo State Chieftaincy Gazettes containing a declaration for the throne of the Onikoyi hence, all interested legitimate princes are eligible to vie for the throne with the consent of their family heads.

Ikoyi-Ile, an agrarian community is reputed as an ancient town of great warriors and is the headquarters of Oriire Local Government Area in Oyo State.