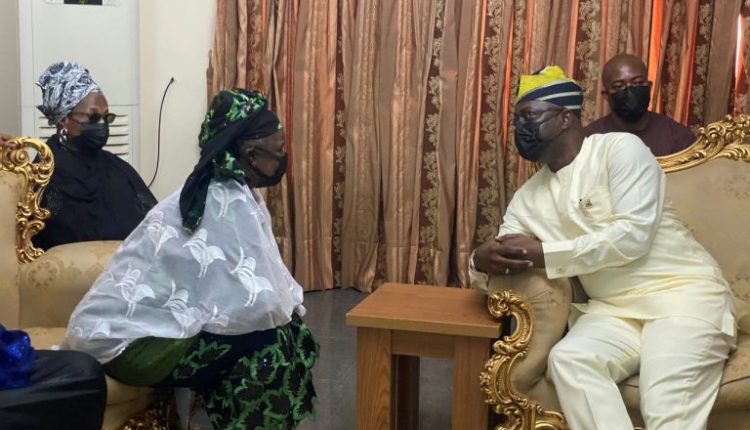 The Governor of Oyo State, ‘Seyi Makinde has announced that the Late Soun of Ogbomosoland, Oba Jimoh Oyewumi Ajagungbade III will be given a befitting state burial.

Governor Makinde made this announcement during an official condolence visit to the widow and families of the late Soun on Monday morning.

Speaking during the visit, Makinde described the death of the Soun as a huge loss to the Ogbomoso kingdom, Oyo state and humanity in general.

He said, “Baba lived long and spent years on the stool of his fathers while making impacts not only in Ogbomosoland but in Oyo state as a whole.

“Baba never hid his feelings. He always spoke the truth to power. We will miss Baba for those qualities.

“One of the reasons why I am here is so that we can discuss the modalities of how to go about giving Baba a befitting burial because Baba deserves a state burial and that is exactly what I will give to Baba. So, I am here to discuss with the family personally.

“I could have sent the Commissioner for Local Government and Chieftaincy Matters to do this but Baba is a special person and a father to me so he deserves all the honour I can give him, in life and in death”, he stated.

Olubadan Stool: How Lekan Balogun Woos Ladoja, Calls Him Twice On Phone• I Can’t Come To Your House Ladoja Reply