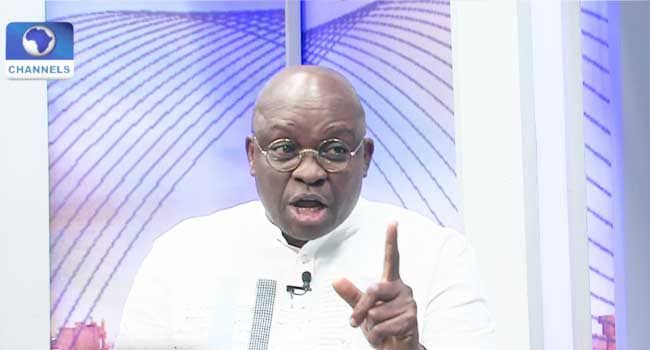 The People’s Democratic Party (PDP) in the South West (PDP) has commended former Gov. Ayodele Fayose of Ekiti over his decision to unite aggrieved members in the zone.

The party also commended Fayose for prevailing on Dr Eddy Olafeso and others, who contested in its just-concluded South-West congress, held in Osogbo, from challenging the outcome of the congress in court.

The PDP Publicity Secretary in the South-West, Sanya Atofarati, gave the commendation in a statement issued on Saturday in Ado Ekiti.

He praised the former governor for displaying high level of maturity by yielding to calls and appeals from party stakeholders to sheath his sword.

Atofarati said, “The outcome of the meeting held by the Fayose group in Abeokuta, the Ogun capital, on Friday was a good one and a right step towards ensuring unity and oneness of the party in the zone”.

He stated that the decision of the group to join forces with Gov. Seyi Makinde and the Taofeek Arapaja-led South-West leadership was a welcome development, adding that it would further help rebuild the party.

Atofarati also expressed the appreciation of the Arapaja- led executives to Fayose’s group for affirming that none of its candidates would go to court to challenge the outcome of the congress.

“They said they would rather prefer to join hands and work together to rescue people from the mis-governance of APC instead of embarking on internal bickering over the zonal congress already concluded peacefully,” he said.

Atofarati also urged members to brace up to the challenges ahead, especially concerning the governorship elections, holding in Ekiti and Osun states in 2022 as well as the 2023 general elections.

He enjoined PDP faithful in the zone to redouble their efforts towards restoring sanity into governance in the country.
(NAN)