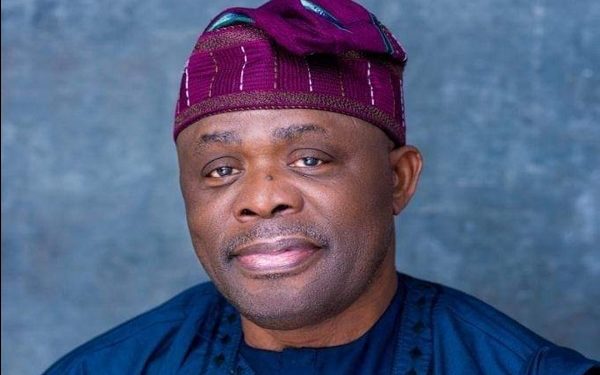 Southwest PDP Congress: I Will Congratulate Arapaja If… Eddy Olafeso

A candidate for the position of National Vice Chairman (Southwest) of the Peoples Democratic Party (PDP) in Monday election, Dr Eddy Olafeso, has pledged to congratulate his rival Amb. Taofeek Arapaja, if the latter wins in a credible election.

Olafeso made the pledge in aninterview at the sideline of the ongoing congress at WOCDIF Centre, Osogbo, the Osun State capital.

Olafeso is the candidate of the faction -led by former Ekiti Governor Ayo Fayose.

He is contesting along with Rev. Bunmi Jenyo as zonal secretary.

He is the immediate past National Vice Chairman (Southwest).

Olafeso said, for him, the contest is not a do-or-die affair because it is about serving people.

“For me, I have handed over my life to God’s hands. If I win, it will be exciting, if not, it is God’s will, but the election must be free, fair and credible,” he said.

He said he engaged stakeholders to unite and strengthen the party in the region during his last tenure, which ended last year.

He assured he would build on his records if he is returned.

He decried a situation where the party is governing only one of the six states in the region, saying the PDP needed to work harder to regain its status as the leading political party in the region.

Olafeso emphasised that members of the PDP in the region are brothers and sisters, stressing that nerves will calm down after the congress to pave the way for cooperation and rebuilding of the party again.

Accreditation of delegates was ongoing as at press time.