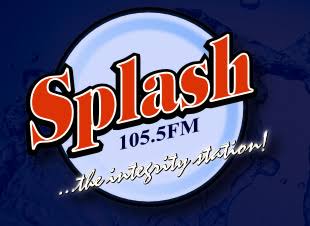 A subsidiary of Westmidlands Communication Limited, it has as head of training, Mr. Michael Olatunbosun, a veteran broadcaster.

Disclosing the intent of the institution, the General Manager (Operations) of Splash FM, Mr. Tunde Olawuwo, explained “We believe that professionalism is key in media profession, and that is one of the reasons why the academy is coming up to instill professionalism in the industry.

“The academy will be selling out to preserve the integrity that the station is known with, as that basic principle is becoming a scarce attribute in media profession. In media industry, there is need for training and retraining in order for the industry to keep training the society.

“The academy will be starting with six (6) curricula- journalism, digital media, production, programme development, content development and presentation and broadcasting.

“The courses will be run in six weeks. There will be practical for four weeks, a week each will be devoted other internship and seminar.

“We have plans to extend to some other areas as the academy keeps expanding.

Speaking at the event, chairman of the Nigeria Union of Journalists, NUJ, Com. Ademola Babalola, commended the owner and proprietor of the Westmidlands Communications Limited, Chief Adebayo Akande, for giving Ibadan the unimaginable face in media industry and for lighting up the industry in the state.

He added that “this academy will further strengthen the media integrity in the state with journalists and broadcasters getting the proper and required training for professional delivery of services in the media space.

“This will curtail the rise of quack and half baked journalists in the state.

Chairman of Freelance and Independent Broadcaster of Nigeria, FIBAN, in Oyo State, Com. Seun Awodele, revealed that “the initiative and the height that Splash FM station is going are productive and appreciative in the media industry. The company and the academy will give better future for the journalism profession.”

Chairman of the South West Group of Online Publishers, SWEGOP, Mr. Yinka Agboola, lauded the initiative, adding that Westmidlands Communications Limited has been maintaining the leadership quality and roles needed in the media industry.

While thanking the journalists present at the unveiling ceremony of the media academy, the founder and proprietor of the Westmidland Communication Limited, Chief Adebayo Akande (MON), who was represented by his son, Adebayo Akande, who is also the special assistant to Governor Seyi Makinde on e-Governance, assured that the academy is bound to succeed in advancing the media integrity and the industry as a whole.