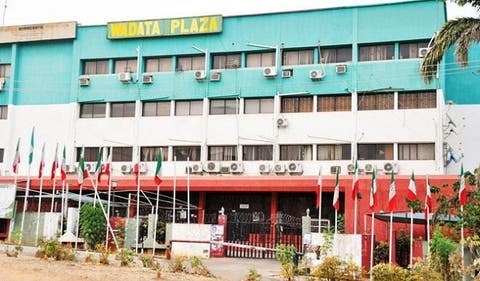 This is even as Vanguard gathered that key offices in the National Working Committee, NWC, have been micro shared across all six geo-political zones.

The North Central will produce the national chairman, national treasurer as well as national legal adviser.

In the incumbent NWC, the North Central holds the Offices of National Finance Secretary and the National Publicity Secretary.

The South-West which currently has in its kitty the positions of National Deputy Chairman (South) and National Treasurer, will produce the National Publicity Secretary of the party.

The South-South currently holds the positions of the National chairman, and Legal Adviser while the South-East holds the offices of National Organizing Secretary and National Youth Leader.

On the tension generated by the new zoning formula, the caucus of the party in the National Assembly, the forum of former governors as well as many other eminent leaders in the North are unhappy about what some called the unilateral decision of the governors to impose their will on the zoning committee.

It would be recalled that the National Convention Zoning Committee of the party led by Governor Ifeanyi Ugwuanyi of Enugu State, last Thursday after a meeting in Abuja recommended swapping of NWC positions such that those being held by North would be taken over by the South and vice versa.

It was learnt that a sizeable number of aggrieved members have equally threatened to protest against the zoning formula in 94th meeting of the party’s National Executive Committee (NEC) slated for Thursday.

An NEC member who confided in Vanguard accused the governors of using the zoning committee to hatch their earlier plan to prevent serving members of the NWC from seeking re-election in the October 30/31 convention.

Citing section 47(1) of the Constitution of the PDP, he disclosed that should NEC endorse the zoning formula as proposed by the Ugwuanyi-led committee, it may prepare grounds for fresh litigations that may affect the holding of the convention.

Section 47(1) of the PDP constitution reads:
“All National, Zonal, State, Local Government Area and Ward Officers of the party shall hold office for a term of four years and shall be eligible for re-election for another term and no more”

He said: “What the governors are trying to do is a serious breach of PDP’s constitution which guarantees the right to seek re-election for every serving member of the NWC. They raised this at one of the meetings of NEC but were seriously opposed and defeated.