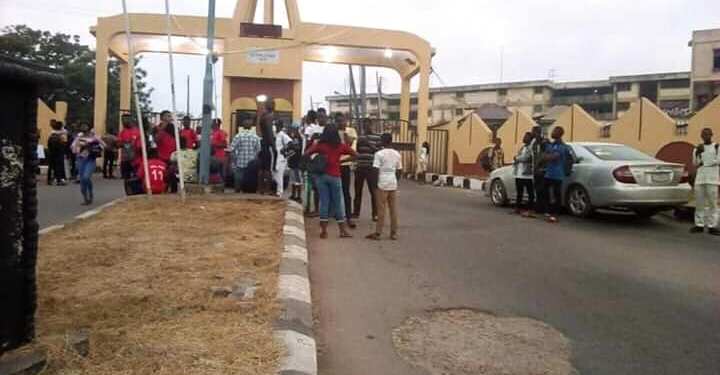 The southwest chapter of the National Association of Nigerian Students (NANS), under the leadership of Comrade Tegbe Fiyinfoluwa, has urged the students of The Polytechnic, Ibadan to stay away from the institution as a result of the incessant insecurity challenges experienced within and outside the campus area.

Comrade Tegbe said the decision was made with the student union of the institution, to see to the welfare and safety of the students due to the failure of the school management, to proffer solutions to the porousness of security on campus.

These were stated in a release dated Tuesday, April 5, 2022 and titled — “An Educational Institution without Insecure Environment is Susceptible to Distractions and Possible Disintegrations”. The statement was signed by the NANS zonal coordinator.

It was also noted that the gate of the institution is in a bad shape as anyone could just walk through it; which is described as “highly dangerous, especially in a period like this”.

The release has it that “the gate is easily accessible to anybody with paucity of control. Armed persons just stroll in or drive through the gates and unleash mayhem on unsuspecting students on campus, in classrooms and along walk ways”.

NANS in compliance and solidarity with the Ibadan Poly SUG therefore advised “all students to stay off campus for now, while the management proffer a lasting solution to the insecurity issues on campus”.