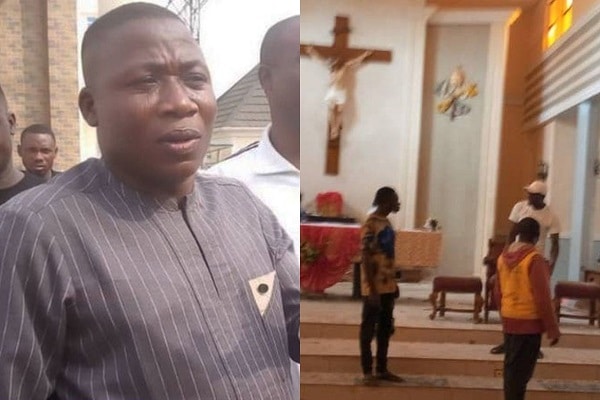 The Nation reports gunmen were said to have thrown an improvised explosive device before they started shooting sporadically.

Reacting to the unfortunate incident, Igboho in a viral audio released and obtained by The Nation said: “I pray to God that we don’t experience such again. I pray to God to comfort the families of the victims.

“My fathers and mothers, can you see that I have been vindicated? I was not in a battle with any Governor or Senator. But what I envisaged, you didn’t see it. Now, can you all see?

“Many were saying I wanted to create crisis and forment trouble, but can you all see it now?

“Well, the situation can still be redeemed. I want Yoruba people to be united before it is too late.

me and other courageous Yoruba sons and daughters so that we can guard against these wicked acts.”

“If I offend anyone, I ask for pardon, please” he said.