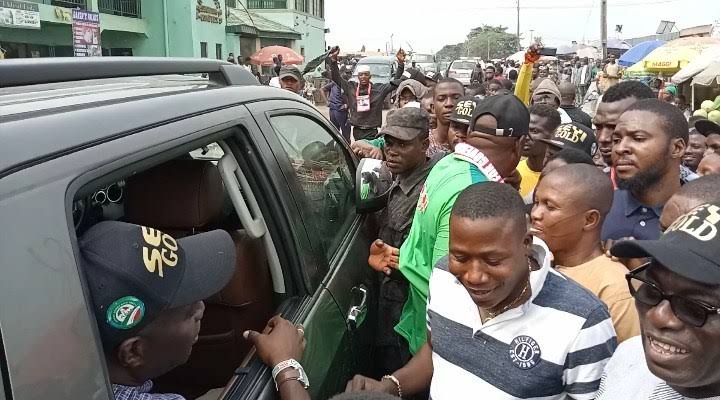 An Ibadan based business, Chief Sunday Adeyemo, Popularly known as Sunday Igboho had Commended the Governor of Oyo State, Mr Seyi Makinde,over the approval by the state executive council of the rehabilitation of the 45.3 kilometres Saki-Igboho road, in Oke-Ogun area of the state.

In a statement made available to newsmen in Ibadan on Thursday, the Igboho-born businessman appreciated the governor for the unquantifiable achievements his government has been making in the last one year, particularly the people-centered Projects and Programmes the government is embarking on all across the State.

He added that: “I am very sure when the rehabilitation work on the road is completed, it would further boost the economic ties between the two towns, part of which is agriculture of which prides the towns as two major hubs for food production in the State.

“Once again, I want to thank the governor and the entire members of the state executive council for considering the rehabilitation of the road.

“I am very sure that the people of the two towns who are direct beneficiaries of the road would make judicious use of it and would forever remain grateful to the present administration in the state.” He said.