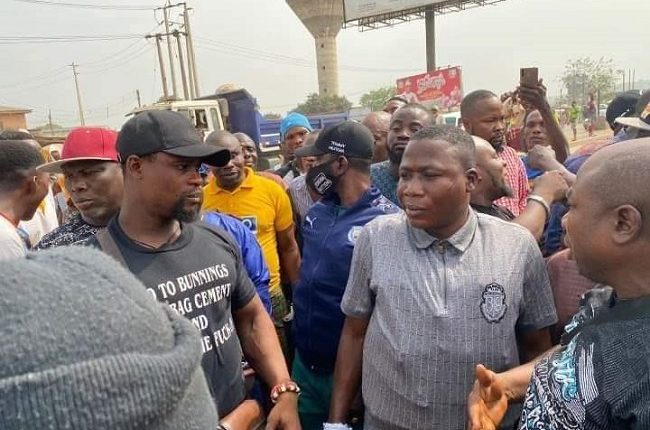 The self-acclaimed Yoruba nation freedom fighter, Chief Sunday Adeyemo, popularly known as ‘Sunday Igboho, has bemoaned the unabated killings and high level of insecurity in the country under the present administration of President Muhammadu Buhari, saying with the current situation, the country could not witness peace.

He, however, urged all Yoruba sons and daughters to think of having their own independent nation and reclaim their right, stating that Nigeria is not for the Yoruba.

Igboho, who spoke with Vanguard yesterday, through his spokesperson, Mr. Olayomi Koiki, against the backdrop of various unrest in the country, noted that he would continue to educate the people, especially the Yorubas about the union of 1914 amalgamation that was forced on 371 ethic groups in what’s call Nigeria today.

He said: “We don’t think anyone should talk about election with the insecurity in Yorubaland and the fake 1999 constitution. Yoruba should think of having our own independent nation and reclaim back our rights.

“We won’t force anyone that want election just as we did not during the osun and ekiti. But we would continue to educate our people about the union of 1914 amalgamation that was force on 371 ethic groups in what’s call Nigeria today.

“Chief remains in high spirit and he continue to want a peaceful exit of the Yoruba people from Nigeria. Whatever Chief Said is now happening in Yoruba land.

“With the situations of things Nigeria can’t have peace. Why? We don’t have union and unity because we are all different.”

“Having a Yoruba nation is priority and won’t take the right of other indigenous people that want to live on our land so far our constitution is respected.”

“And I want ti state again, Yoruba nation awareness campaign is coming soon again. We also looking forward to the next united nation General Assembly for the next protest”

“Five million petitions have been completed. Our campaign remains peaceful according to the United Nations rights of the indigenous people,” he explained.