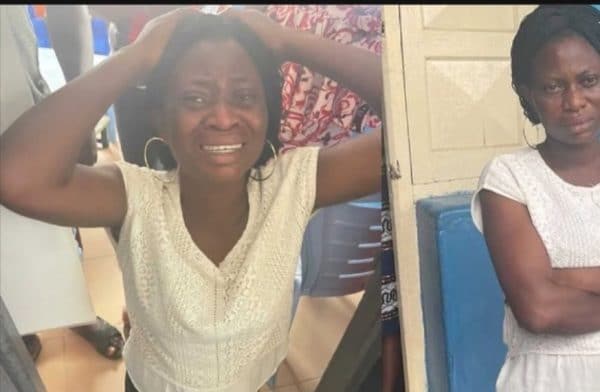 A 2-year-old pupil of Day Spring Royal Academy, Ibadan, Oyo State, ide tided as Akintola Damife, is currently in pins after allegedly being injred by her teacher.

According to a relative of the victim, “Mrs Odugbesan is the name of the teacher. We saw the deep cut on Damife’s face and accosted her teacher. She claims a soft drink bottle fell and broke into my cousin’s eye which I suspect is a fallacy because we interrogated the victim and even though she couldn’t speak well, she said the inj*ry wasn’t as a result of the bottle.

We’ve handed her over to the police and hope we get positive results at the end of the day.”

Watch the Video Below.