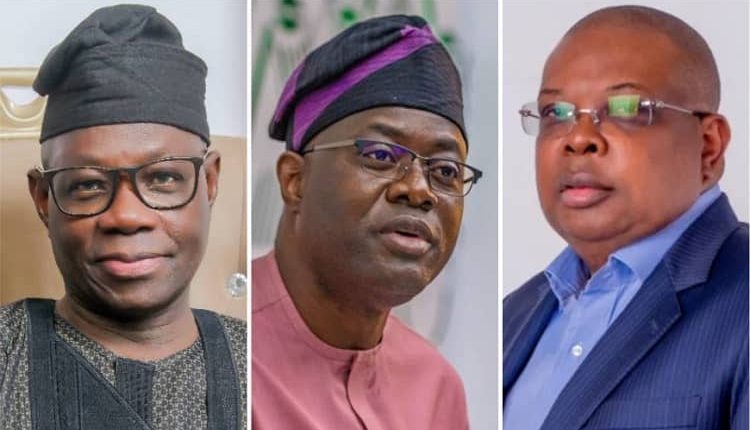 Tegbe Has No Clout, Has Nothing To Offer – Adeleke Reveals Why He Can’t Fly PDP Ticket

A chieftain of the Peoples Democratic Party (PDP) in Oyo State, Mr Dare Adeleke, has declared that Mogaji Joseph Tegbe cannot contest the 2023 senatorial election on the ticket of the party.

There has been speculations on the senatorial ambition of Tegbe, a governorship aspirant in the 2019 elections on the platform of the All Progressives Congress (APC), since his defection into the PDP, on Wednesday.

Reacting however, Adeleke faulted the acceptance of Mogaji Joseph Tegbe who defected from the APC into the fold of the PDP, ostensibly to displace a staunch member of the party.

Speaking in a telephone interview with Newscoven, on Thursday, Adeleke, who is the Executive Chairman of the state-owned Oyo Pacesetters Transport Services, questioned the identity of the latest entrant into the PDP in the state.

He described Tegbe as a politician without any clout, adding that he has nothing to offer the ruling party in the state, in terms of ensuring its victory in the 2023 elections.

Adeleke said: “Tegbe has no clout, not even in the All Progressives Congress (APC) where he was of little or no relevance and his electoral value is next to zero, compared to Chief Oyebisi Ilaka.

“Chief Bisi Ilaka, has been a lonely lion that weathered the storm with the party. It will be wrong for anyone from another political party to sell a dummy to us now.

“We cannot have a paper weight Tegbe when we already have Chief Oyebisi Ilaka, the Ladilu of Oyo Kingdom, an indefatigable candidate, as affirmed by our leader, Engineer Seyi Makinde.”

Adeleke also described the entrance of Tegbe into the Oyo PDP fold as a move in a bad light, and further asked: “How could we bring a person of no electoral value to our fold?”

He therefore stated that he is of the opinion that some people are hellbent to destroy the party’s hard-earned victory in the state.

“There was never a time His Excellency, Governor ‘Seyi Makinde, invited an APC chieftain that has no value to join us. These people are trying to milk our victory.

“However, we are unperturbed because the drum of disruption cannot change our electoral status which is victory all the way,” he said.

Adeleke again brought up the controversies surrounding the state of origin of Tegbe as he said he may not be from Oyo State.

He said the erstwhile APC chieftain may not be qualified to contest the senatorial election, nothing that same issue was brought up when he sought to contest the governorship election in the state in 2019.

Adeleje said: “I don’t think Tegbe is even from Oyo State. He is actually from Delta State. I have a friend from Itsekiri called Omotsegbe. I wont be surprised if they are from the same clan.