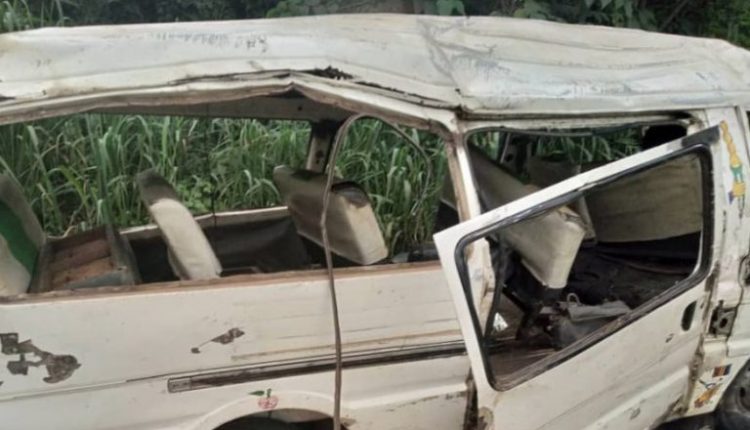 Three persons involved in an accident on
Lagos-Ibadan Expressway on Sunday, have lost their lives.

The sector commander explained that the accident was caused by speed and tyre burst which led to loss of control on the part of the Toyota Matrix.

He added that the Toyota Matrix with registration number WWD 621 AE rammed into the stationary truck marked GGE 614 XN.

The FRSC boss explained that nine people were involved in the accident, all men, saying that four people were injured while three persons died.

He added that the injured victims were taken to Victory Hospital, Ogere for treatment while the deceased were deposited at FOS morgue, Isara.

In the meantime, the sector commander has sympathised with the family of the victims, while advising motorists to always carry out vehicle routine check to ensure good condition of their vehicles.

Your APC Membership Is Merely A Smokescreen For Double-dealing And Divisive Tendencies, while Rolling Over For Crumbs At The Table Of The PDP—Oyo APC Berates Akintola