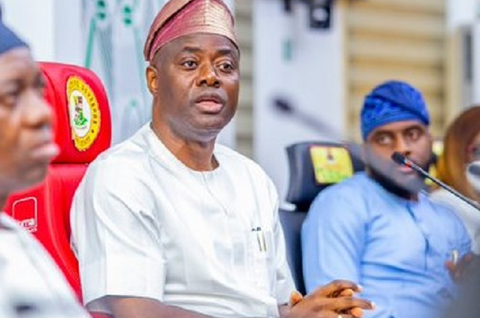 ….Makinde yet to ask me to be his running mate – Deputy governor

Ahead of Governor Seyi Makinde commencing electioneering campaign for a second term in office, three persons have emerged top on the list from which the Oyo governor is expected to choose a running mate.

The search for a new running mate which commenced months ago is set to hit a finality with the option of Makinde having his present deputy, Rauf Olaniyan, as running mate for the 2023 electioneering campaign, said to have become a foregone conclusion.

Top members of the government and the Peoples Democratic Party (PDP) asserted that the governor will not announce Olaniyan as running mate for the forthcoming electioneering campaign, but noted that the choice of a running mate will remain in Oke-Ogun zone, where the present deputy governor hails from.

Aside from the three persons being from the Oke-Ogun zone, they also meet the usual quest for religious balance as they are all Muslims.

Among a series of ongoing discussions, a discussion was held recently with Bayo Lawal, the only one among the top three, in attendance.

But, some stakeholders maintained that more meetings are to be held before a final decision is reached and announced by the governor himself.

Months ago, Special Adviser on Labour Affairs, Mr Bayo Titilola-Sodo from Igboho, Oorelope Local Government was also tipped but his choice may have fallen along the way.

But the deputy governor, in an interview with the Nigerian Tribune, said though the governor had not spoken to him about being his running mate for the second term campaign, he argued there was still time for the choice to be made.

He added that the choice of deputy governor remained the exclusive prerogative of the governor, not the party.

Asked if the governor had spoken to him about being his running mate for the 2023 campaign, Olaniyan said: “He does not have to. The time is still very much there. It does not matter. When you put everything to God, he does everything for you. I have committed everything to God. God will direct the next move. God is to direct the decision to take. God is telling me to keep my calm.”