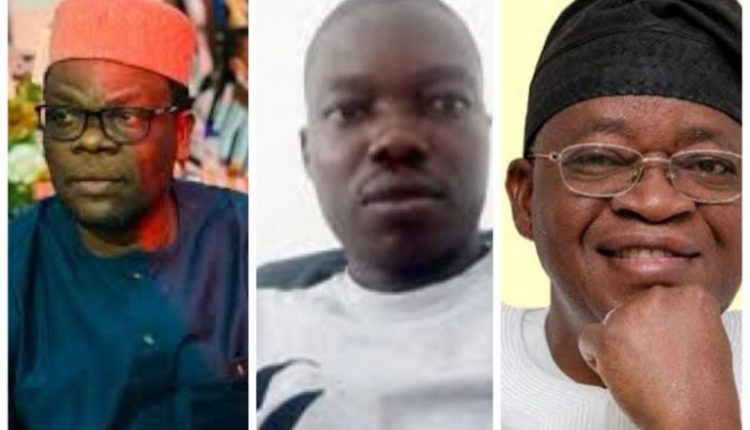 Veteran journalist and owner of Agidigbo Radio station in Ibadan, Alhaji Oriyomi Hamzat has called on Governor Oyetola of Osun State to sign the letter to grant the fiat requested by human rights lawyer and activist, Femi Falana (SAN) to bring the action in the Attorney-General’s name, the standing to prosecute the owner of Hilton Hotels in Ile-Ife, Dr Ramon Adedoyin, and six others for their alleged involvement in Timothy’s murder.

Speaking in a viral video, Oriyomi called on Governor Oyetola to disregard Comradeship and friendship in favour of obtaining justice for the murdered MBA student of the Obafemi Awolowo University,Ile-Ife.

He added that without the governor signing the fiat to Falana, the lawyer would not be able to represent the Adegokes in the court of law.

“However, Baba can’t appear in court without the Governor signing the fiat letter. The Adegokes have also written a letter to the governor to tell him that they want Baba to represent them. The only thing left is for the Governor to sign so that Baba can come to court and we can pick up.

“The Governor needs to sign before the 25th of April if we want the case to continue and get justice for Timothy.

“Governor Oyetola, we have heard rumours that Dr Rahmon Adedoyin is your close pal. Do not sacrifice justice for Comradeship and friendship. Sign the fiat so that we can get justice for Timothy Adegoke.