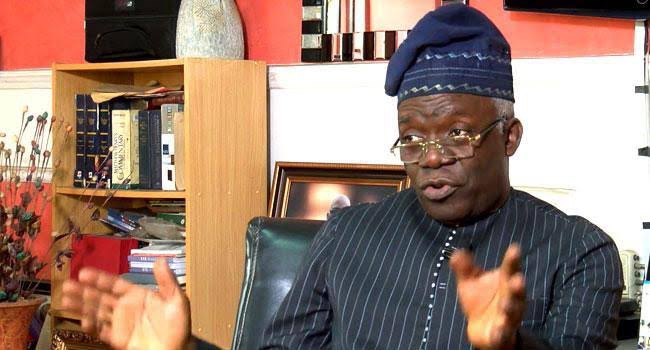 Femi Falana (SAN), a human rights lawyer who has taken over the case of the murdered OAU student which was transferred to Osun state, has requested the Attorney-General of Osun State, Femi Akande, to grant a fiat or consent to bring the action in the AG’s name, the standing to prosecute the owner of Hilton Hotels in Ile-Ife, Dr Ramon Adedoyin, and six others for their alleged involvement in Timothy’s murder.

It would be recalled that the murder trial of the seven indicted in the suit, was first instituted in an Abuja court by the police, before being eventually transferred to an Osun State High Court following Falana’s intervention.

Falana is seeking fiat to prosecute the case on behalf of the state government.

The human rights lawyer argued that except he is given the powers of prosecution by the state government, he would not be able to pursue the case since murder is a crime against the state.

According to reports, the Osun AG, Akande, when contacted on the telephone, said he was awaiting the approval of Governor Gboyega Oyetola before responding to Falana’s request.

“The governor will take a decision on it,” he said in a text message when asked if the matter would be handed over to Falana.

Oyo affairs.net had reported that the defendants standing trial before Justice Adepele Ojo last week entered a no-case submission in their defence.

This followed the close of the prosecution case by the counsel, Mr O. Omosun, after calling eight witnesses.

Adedoyin’s counsel, Yusuf Alli (SAN), as well as the six other defendants, Mr Muritala Abdulrasheed (SAN), Roland Otaru (SAN), and Okon Ita all entered a no-case submission on behalf of the defendants in the matter.

Oyo APC Delegate, One Other Die In Auto Crash In Ogbomoso