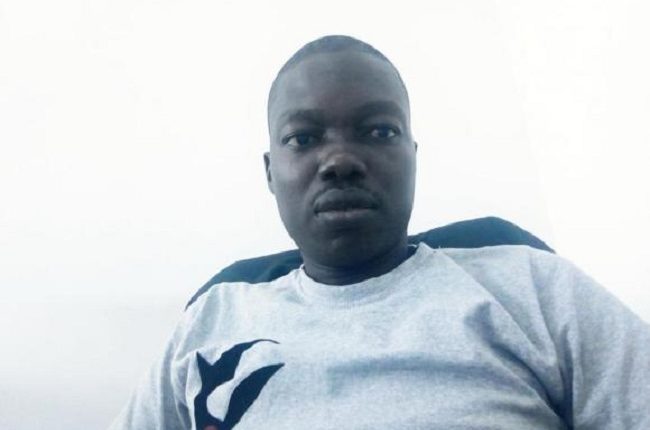 The Inspector General of Police (IGP), Usman Alkali Baba, has said the circumstances of the death of the late Timothy Adegoke Oludare shall not be swept under the carpet, assuring that there would be justice in respect of the murder.

He gave the assurance in a three-paragraph response to the call by Senator Kola Balogun for a deep and through investigation into the brutal murder of the late Oludare, allegedly at the Hilton Hotel, Ile-Ife, Osun State.

IGP Baba made this known in a letter dated 14 December, 2021 and signed by his Principal Staff Officer (PSO), CP Idowu Owohunwa and addressed to Senator Balogun.

The Chief Law Enforcement agent also assured the senator representing Oyo South Senatorial District that the outcome of the police investigations into the circumstances of the death of the late Timothy Adegoke shall soon be made public.

The letter, CB:3510/IGP.SEC/ABJ/VOL.6/794, read: “I am to confirm that following the directive of the Inspector General of Police, the case is already a subject of detailed Police investigation by Intelligence Response Team (IRT), Force Intelligence Bureau, Abuja.

“The Inspector General of Police assures that justice will be served on the case and the outcome of the investigation will be made public in due course.

“Accept, Distinguished Senator, the assurances of the esteemed regards of the Inspector General of Police, please.”

The late Oludare was reportedly murdered in the night of 5 November, 2021 in his room at the Hilton Hotel and Resorts, Ile Ife, Osun State where he had lodged to sit for his Executive MBA examination at the Obafemi Awolowo University (OAU), Ile Ife.

In the wake of the uproar that followed the dastardly act, the owner of the hotel, Dr Rahmon Adegoke Adedoyin and six of his staff were arrested by the Osun State Police Command for investigation

Senator Balogun, subsequently, in a letter dated 21 November, 2021 and addressed to IGP Usman Baba, challenged the police authority to thoroughly investigate the incidence of the brutal murder of the late Timothy Adegoke Oludare.

The letter was entitled “Call for Deep and Thorough Investigation Into the Incidence of Brutal Murder of Timothy Adegoke Okudare at the Hilton Hotel and Resorts Owned By Dr Ramon Adedoyin in Ile-Ife.”

He had recalled that the slained Timothy Adegoke Oludare, until his death, worked in Abuja from where he had travelled to Ile-Ife on 5 November, 2021, in pursuance of his Executive MBA programme at the OAU, Ile-Ife.

Senator Balogun, who thanked the police for the initial prompt action taken in arresting the murder suspects, had charged them not to allow the case to be swept under the carpet.

“At the same time, I wish to implore the Inspector General of Police that the instant case should not be allowed to be swept under the carpet as usual following the temporary subside of the public overage on the matter.

“This is more particularly when the fingered principal suspect is a VIP in the city of Ile-Ife and in Nigeria armed with all the wherewithal to murder the case and denty us the much desired justice.

“The late Timothy Adegoke Olutare was the only breadwinner of the family, an enterprising young man with a brilliant future who was cut down in the prime of his youth.

“The family of the deceased, the people of Eruwa and Oyo State in general demand for justice which can only be achieved through professional investigations into the incidence, diligent and God-fearing prosecution by the men of the Nigeria Police Force.

“I personally believe in your competence, expertise and ability to achieve this through your good offices. As your good self-know, this requires close monitoring and supervision of the men of the force to who in the case is assigned from time to time to the conclusion of the investigations

“On behalf of myself, the family of the deceased, the people of Eruwa, the people and government of Oyo State and all users of hotels in Nigeria, I, once again, implore you to please ensure that the public is apprised with regular updates on the matter till the final conclusion of the case in the appropriate court of law,” he had written.