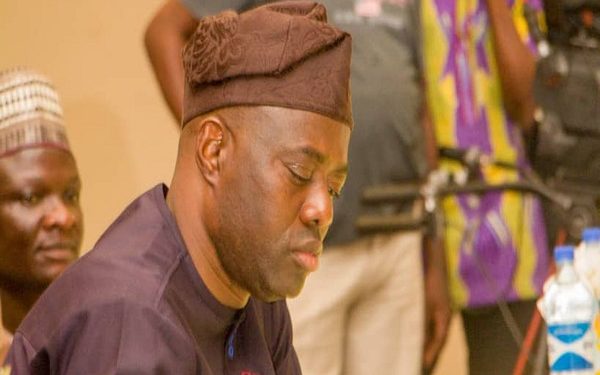 Barely twenty four hours after the demise of Olubadan of Ibadanland, Oga Saliu Adetunji, Ajaoguguniso 1, the race as to who becomes the new Olubadan has begun in earnest. Ibadan monarchical system is republican in nature since the ascension to the throne is hierarchical.

Ibadan, the land of Bashorun Ogunmola has a unique tradition distinct from other Yoruba speaking ethic nationality. When a king joins his ancestors in Ibadan, the next in line to the late king ascends the throne.

Makinde’s administration according to the Governor is driven by logic, science and data. How will he handle this? GOAL POACHER NEWS asks?

The hierarchical arrangement in the Ibadan system has a two line approach, the Balogun system and the Olubadan (Otun) system.

Olubadans are appointed on rotational basis to occupy the stool on the death of a monarch. The next to Olubadan and most senior on both lines are the Otun Olubadan and Balogun.

Oba Saliu Adetunji was crowned the 41st Olubadan of Ibadan following his coronation on March 4, 2016.

Prior to his coronation, Oba Adetunji was the Balogun of Ibadan land which indicates that the Otun Olubadan, Senator Lekan Balogun may be next in line according to the rotational system.

Oba Adetunji passed away in the early hours of Sunday at the University College Hospital (UCH) in Ibadan, Oyo state at the age of 93.

It is however necessary to know who is the next candidate to Olubadan stool who would be crowned the 42nd Olubadan of Ibadan following the death of Oba Adetunji.

Below is list of candidates in line to Olubadan stool.

Why Ibadan May Not have Olubadan Anytime Soon