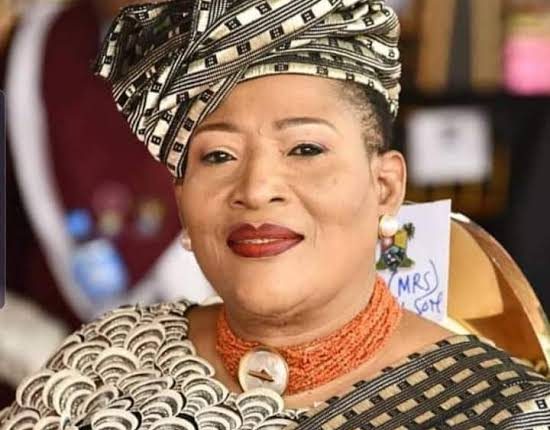 In a release personally signed, Hon. Olaide Akinremi stated that he had the privilege to know, be affiliated with, and associated with Late Yeye Kemi Nelson in recent years, and described the deceased as a happy, lovely and amiable individual, one whose generous and caring nature endeared her to many people who lived to love her.

“She was a strong-willed, highly determined and passionate leader, one who was an extraordinary support figure of our party, the All Progressives Congress (APC) in Lagos state, and in the South-West where she recently was the Zonal Women Leader, as well as in our national politics where her influence is also recognized.

Death has once again robbed us of the life of a dearly beloved and amazing personality, a truly phenomenal political amazon. She was a mother to many, a sister and aunt to many more, a friend and associate to several people, and leader to followers who will all miss her.

I hereby commiserate with her immediate and extended family, her friends, associates, followers, members of the All Progressives Congress (APC) in Lagos State and in the South-West, and it is my profound prayers that God Almighty rests her soul and grant all of us the fortitude to bear her loss, amen”.

Olaniyan: They Were Paid To Remove Me— “…Panel Had Alhaji, JP Among Them”