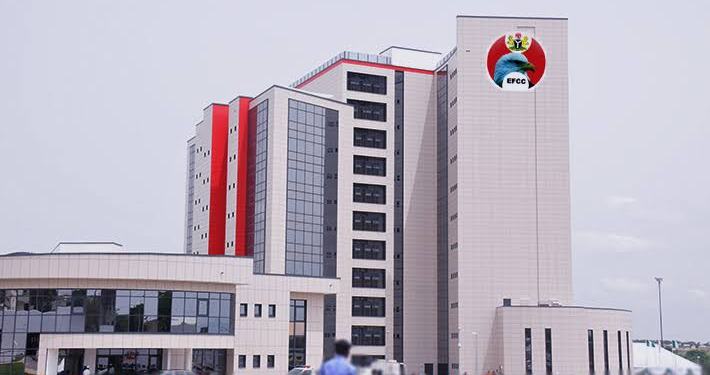 The Economic and Financial Crimes Commission, EFCC, Ibadan Zonal Command on Wednesday, secured the conviction and sentencing of Ogundijo Olamilekan and Adeniran Tijesunimi on one count charge each before Justice Uche Agomoh of the Federal High Court and Justice Olajumoke Aiki of the State High Court both sitting in Ibadan, Oyo State for their involvement in cybercrime.

The charge against Tijesunmi reads: “that you, Adeniran Tijesunmi ‘M’ sometime in the year 2020, in Oyo State within the jurisdiction of this Honourable Court, with intent to defraud, obtained Gift Cards worth the sum of $3,000USD (Three Thousand United States of America Dollars) from one Jerry Wright when you falsely represented to him via your Google Hangout, that you are a white female American with the name Elizabeth Canahan, and other pretences, which pretence you knew to be false and contravenes Section 419 of the Criminal Code Law Cap 38, Laws of Oyo State, 2000.”

Charge against Olamilekan reads: “That you, Ogundijo Olamilekan Iyanu (a.k.a Tasha) sometime in March, 2020, within the jurisdiction of this Honourable Court, with intent to gain advantage for yourself did impersonate one Tasha, a female, the pretext you knew to be false and thereby committed an offence contrary to Section 22(2) (b) (i) and punishable under Section 22 (2) (b) (iv) of the Cybercrimes (Prohibition, Prevention etc.) Act, 2015.”

They pleaded “guilty” to the charge preferred against them.

Consequently, the prosecution counsel, Oluwatoyin Owodunni and Mabas Mabur reviewed the facts of the cases and urged the courts to convict and sentence them as charged.

Furthermore, the court ordered Olamilekan to restitute the sum of $400USD (Four Hundred United States Dollars), and forfeit one Acer Laptop, one iPhone X and one Techno mobile phones to the Federal government of Nigeria.

Tijesunmi was ordered to pay the sum of $550USD (Five Hundred and Fifty United States Dollars) in restitution and forfeit one black 2005 Model Honda Accord car, one iPhone X, one Infinix Smart phone and one gold ring to the Federal Government of Nigeria.