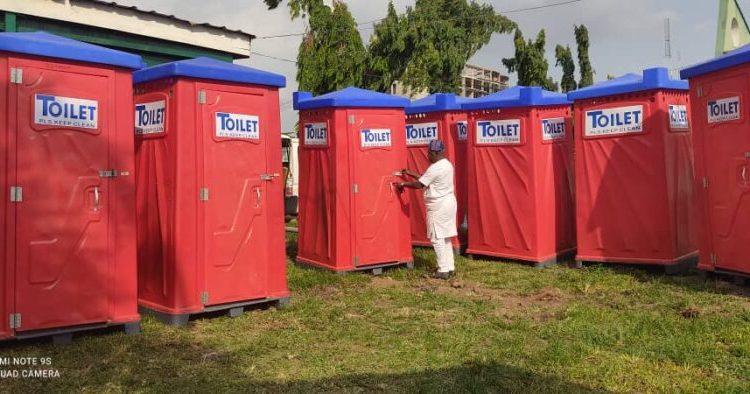 As part of the activities to mark the second year anniversary of Governor Seyi Makinde’s administration in Oyo State, the State government is set to unveil not less than fifty mobile toilets to be placed in in strategic locations in the State with the aim of eradicating open defecation.

Speaking on behalf of the Governor of the State, the Commissioner for Environment and Natural Resources, Dr. Abdulateef Oyeleke while addressing newsmen in Ibadan over the weekend, said that the mobile toilets will be situated at locations for the conveniences of pedestrians, passengers and travellers in an attempt to ensuring that the environment is not polluted.

“The mobile toilets will be placed in strategic locations across the State to assist in promoting personal hygiene of the citizens and maintaining a healthy standard in the State, which will not only stop the spread of diseases such as cholera, Typhoid, diarrhoea, but also check other ravaging diseases that are threats to human existence.

“The toilets will be placed in locations like markets, garages and other public places to eliminate health risks associated with open defecation and promote personal hygiene.”

The Commissioner enjoined the people of the State to support the policy of clean and green initiative of the present administration, as the Environmental Health Officers and Task Force Team will soon be directed to arrest and prosecute anyone caught defecating in the open.

In the same vein, not less than ten tricycles were received by the Ministry of Environment for evacuation of recycle waste within local government areas in the State.

The initiative would not only enhance the efforts of the present administration in the clean and green policy and to attain a sustainable environment that is capable of promoting the economic growth and wellbeing of the entire citizenry but will also reduce the incidence of flood which usually occurs when it rains as a result of blocked drainage through indiscriminate dumping of refuse inside drainages, water ways and other open spaces.

The Commissioner added that it will also provide job opportunities for the youths as a local investor has been engaged and mandated to set up a modern recycling facility in the State within the next six months of his partnership with Oyo State government.

In his remarks, the Managing Director of the company , Mottainai, Mr. Ade Adewuyi stated that the concept of this initiative is to start paying for recyclable waste materials, while also engaging youths in the State in the process termed circular economy.

The process is aimed at eliminating flood incidents and maintenance of clean environment, while there will be financial capacity for the people and job opportunities for the youths.