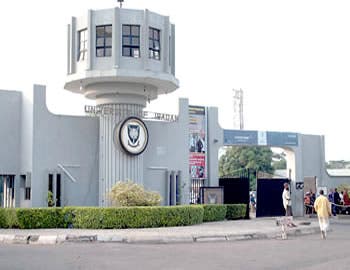 The Senate’s meeting comes on the heels of the fact that the six months tenure of the Vice-Chancellor, in acting capacity, expires on May 31.

Nigerian Tribune recalled that Ekanola had emerged, for a six months tenure, following a protracted crisis between the immediate past Vice-Chancellor, Professor Idowu Olayinka, and the Non-Academic Staff Union (NASU) and the Senior Staff Association of Nigerian Universities (SSANU) over the emergence of the next Vice-Chancellor of the University.

The crisis, including various directives from the Federal Government and its agencies as well as the governing council of the university, had stalled the process of electing the next Vice-Chancellor which initially had 18 persons show interest.

Today’s session might be stormy as various interests in the stalled Vice Chancellorship race as well as new emergent camps are expected to push their cases to determine who leads the university moving forward.

At some point of the meeting, the Chairman of Senate, who is the acting Vice-Chancellor, may be asked to stay aside for a while, as his fate is a major reason for the meeting.

Aside from deciding the fate of the acting Vice-Chancellor, the Senate will also take a similar decision on the current acting bursar, Abimbola Akanbi should be allowed to continue or be replaced.

At the end of the meeting, the Senate’s resolution is to be passed to the newly inaugurated governing council of the university, led by Chief John Odigie-Oyegun for ratification.

The university’s director of Public Communication, Mr Olatunji Oladejo confirmed today’s meeting adding that, “The Senate of the University is the highest decision-making body on academic activities in the university and that it can regulate its own activities in its own way.”