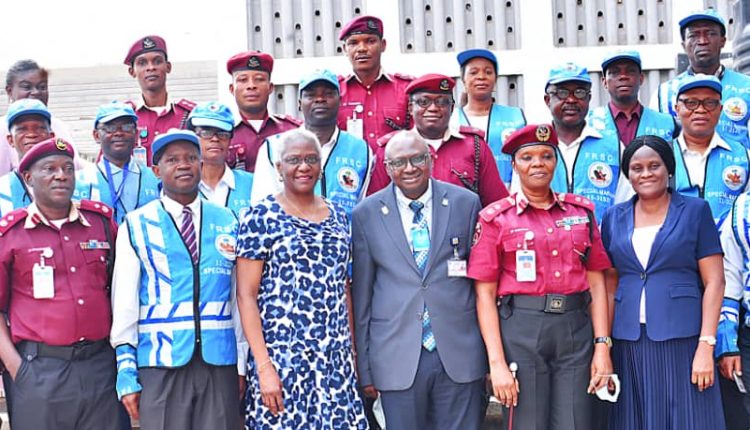 The University of Ibadan has agreed to have a Driver’s License Centre established within the premises of the institution, to cater for the large population of users within the university community and its environs.

This decision was reached when the Vice-Chancellor, University of Ibadan, Prof. Kayode Oyebode Adebowale, FAS, mni, acceded to the proposal submitted to the institution by the Sector Commander, Federal Road Safety Commission (FRSC) Oyo State Command, Corps Commander Uche Winifred Chukwurah; during a courtesy visit to his office.

As a way of fast tracking the process, the VC disclosed that an existing office location had been previously identified for the purpose.

Prof. Adebowale therefore encouraged the FRSC to visit the place for an on-the-spot assessment and indicate the needed facilities to put the place in operation, as soon as the process is duly completed.

Responding to the FRSC’s intention of organising a training programme for the university’s official drivers and other interested private drivers, Adebowale said it is a right move in the right direction and used the opportunity to call for more public enlightenment programmes for the university community as well as assistance in the control of traffic during the peak periods.

The VC also identified with the noble efforts of the Federal Road Safety Commission (FRSC) in making Nigerian highways safe for all road users, commending the various efforts and infrastructures put in place to reduce carnage on the highways.

He also expressed his deep appreciation to the FRSC for the creation of Unit 47 of the Special Marshal Corps, of which he is a member.

He therefore appreciated the Unit Commander, Prof. O. Fagbola for the good job he is doing, in ensuring safe highways within and around the university.

How to Apply for Oyo State COVID-19 Recovery Grant