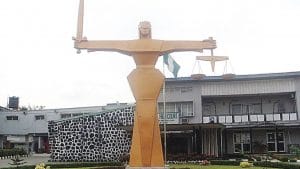 A University of Ibadan lecturer, Dr Bilikis Babarinde, has filed an application for an order of committal for contempt against her husband, Prof. Sikiru in a Grade A Customary in Ibadan.

The plaintiff, through her counsel, Olufemi Adegboroye, on Monday informed the court that the application was filed because the respondent failed to obey the court order directing him to be paying the children’s school fees.

Adegboroye said that court order was to be obeyed, but the respondent only paid the children’s school feels during the first term and failed to pay for the second term.

The counsel to the respondent, Yusuf Anikulapo, told the court that he was yet to be served with the application for committer, adding that he had earlier filed an application challenging the court’s jurisdiction.

Anikulapo said that the court ought to hear the application on jurisdiction before taking other applicant once it was raised.

Anikulapo said that his client has been cooperating but the plaintiff was adamant and frustrating all avenue to resolve the matter and trying to poison the mind of the children against their father.

The President of the Court, R. Gbadamosi, said that the court would take both the application for jurisdiction and committer together to save time.

Gbadamosi adjourned the case till May 16 for hearing of application on jurisdiction and committer.

It would be recalled that the plaintiff had urged the court to dissolve her 20-year-old marriage over alleged maltreatment.

She said that the marriage which was contracted in March 2, 2002 and produced three children has broken down irretrievably.

The respondent had denied all the allegations.

Many Injured, One Arrested As Suspected Thugs Attack Olopoeyan’s Residence In Ibadan (PHOTOS)