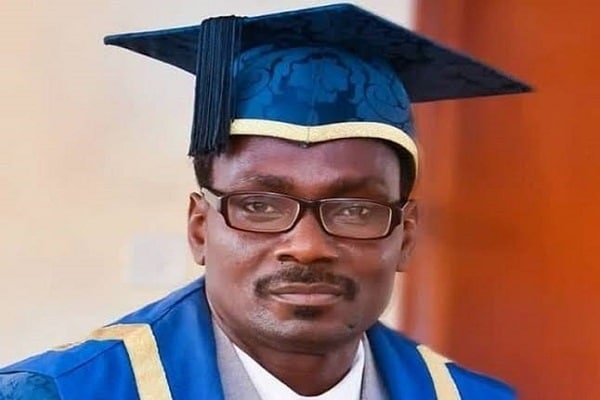 Acting Vice-chancellor University of Ibadan (UI) Professor Adebola Ekanola has explained why he joined the race to become the 13th substantive Vice-Chancellor of the institution.

The Nation learnt a new VC might emerge by October 14.

Ekanola broke the jinx last year as the first indigene of the university’s host city, Ibadan, to head the 72-year-old institution.

Prominent men and women of the city, on the platform of Central Council of Ibadan Indigenes (CCII), had been pushing for one of their own to be appointed as UI’s VC.

But his decision to formally join the race to become the substantive VC of the institution has raised eyebrows in quarters within the university community.

The Nation reports the acting VC alongside 15 other professors from different areas of specialisations and institutions are jostling to emerge as the next VC.

Before his appointment, Ekanola had served as the Deputy Vice–Chancellor (Academic); Dean Faculty of Arts and the Director, Office of International Programmes (OIP) among others.

In his video presentation obtained by The Nation, he said: “As an individual I am driven by a number of values which include value of being fearless, impartial, honest, passionate, hardworking, reliable, just, kind and tolerant.

“These values is what I believe will help lead the management of the university to actualise the realisation of becoming a world class institution known for academic excellence geared towards meeting societal needs.

“By virtue of various positions I’ve held in the past, I have a good understanding of various dynamics at play within the University of Ibadan and this understanding will also be very useful in steering the affairs of the university at a time like this.

“I have had the privilege of serving the university at diverse capacities, I’ve also served as the deputy vice-chancellor academic, and by the goodwill of the Senate and the Council, these positions have equipped me with capacities and competencies to excel if appointed as the vice-chancellor.”

What Transpired At PDP NEC Meeting—Report