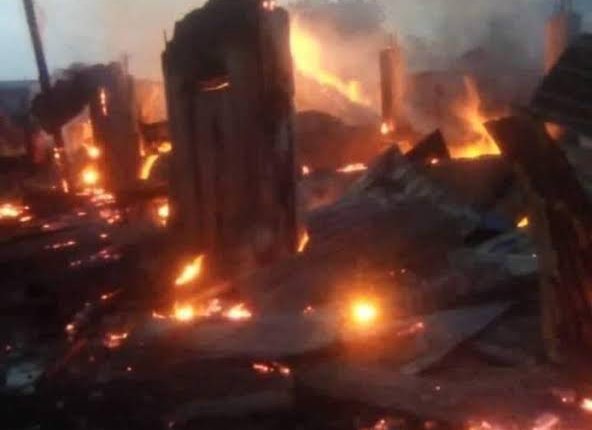 Property worth millions of naira have been destroyed as a result of a fire incident that occurred at Bodija plank market in Ibadan.

Our correspondent reports that Bodija plank market, which is also known as Iso Pako, is one of the popular markets in Ibadan.

The Chief Fire Officer in Oyo State, Mr Moshood Adewuyi when contacted, confirmed the incident to AKÉDE Ọ̀YỌ́ on Tuesday.

Adewuyi told AKÉDE Ọ̀YỌ́ that a wing in the plank market was affected.

He, however, said that he cannot quantify the worth of the property destroyed now.

“Yes. There was a fire incident at plank market in Bodija on Monday.

“I cannot quantify the worth now. I can’t say that this is the total number of shops affected. But, it is a wing in the market that was affected.