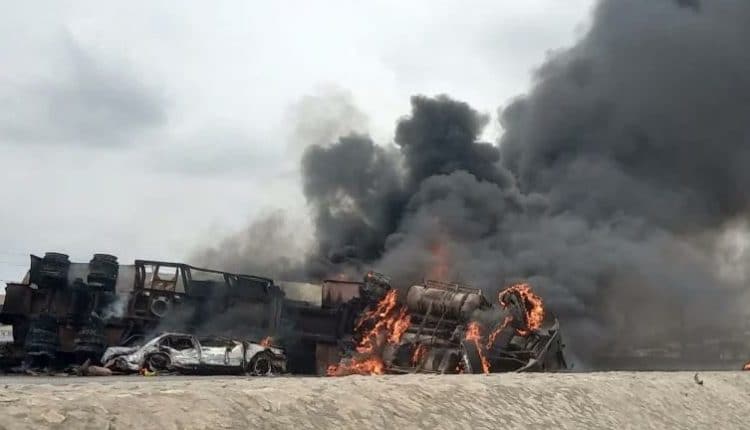 No fewer than two persons were injured when a diesel tanker exploded opposite the Mountain of Fire and Miracle Ministries’ Prayer City along the Lagos Ibadan Expressway.

This is as the accident caused a gridlock along the expressway on Thursday.

Efforts were ongoing to remove the burnt vehicles as of 5 pm.

Emergency responders were seen at the scene of the accident when our correspondent visited.

In a statement, the Federal Road Safety Corps said five persons were involved in the accident.

The statement issued by the Ogun FRSC spokesperson, Florence Okpe, read, “The crash occurred at about 1405HRS on Lagos-Ibadan Expressway opposite MFM church.

“The suspected causes of the multiple crashes were speed, brake failure, and loss of control on the part of the tanker.

“The rescue operation is still on to put the fire under control by personnel of Ogun state Fire service. FRSC men are managing the traffic situation assisted by other agencies. MTD officers from Ibafo police station are on the ground too.”