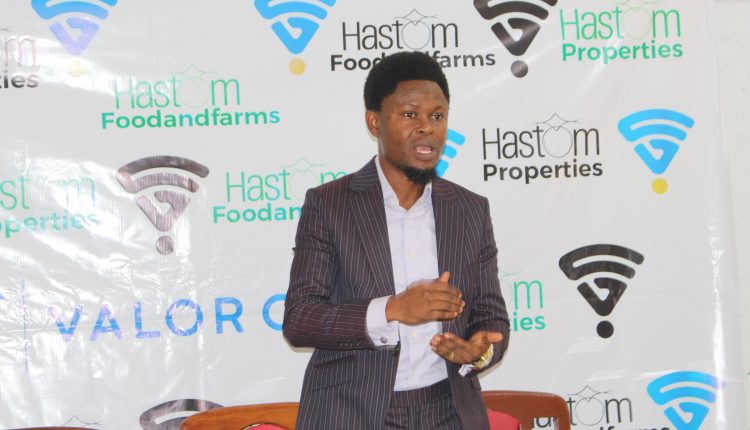 Mr. Debo Olushola, The CEO of Hastom Properties and Farms, a real estate dealer and a farmer has reveal in an exclusive chat with Akedeoyo his plan to build a new city in Oyo State, one which will be first of it’s kind in Africa.

Valor City as he called it will be a city that will inhibit residential as well capacity and skills development centres in it.

According to him, many people are tired of Lagos and other major cities due to congestion and pollution, they need a more serene area where they have access to virtually everything they enjoy in Lagos and other place while they enjoy additional peace of a serene environment.

The Valor City which is proposed to sit on over 2,000 Acres of land in Ogbomoso land will have sports development centres which will help in hunting fresh athletic talents across Nigeria, develop them and give them a platform to showcase their God given skill in the International area, Sports like Swimming, Boxing, Basketball and many others.

The City will also have a Tech-Hub where people will be able to grab a short course in any desired tech field and be able to earn a living from it.

Valor City, According to Debo Olushola will be built on three major pillars, Redefined Education, Sport Development and Tourism, the form of education that will be offered in the City would be such that can turn into a source of livelihood even while still acquiring or developing such skill, “as against the conventional education system that see people acquire certificates and still go about looking for job, Valor City will provide a series of skills development centres that people will not only be able to live for themselves but live a fulfilled life for their community” He said.

Valor City is said to be located at about 30 minutes drive from Ogbomoso town and just 25 minutes away from Ilorin international airport.

Valor City According to Debo Olushola, is coming to serve the purpose of tourism as well, as various types of artificial tourist attractions have been outlined to be installed in the community which will make the place a top notch tourist centre to visit for relaxation purpose.

The envisioned new City will run its own power system which will generate power through solar energy and distribute it amongst it’s occupant at affordable price.

“Because the current National power supply system is not reliable, we need to look inward and think of how we can generate a sustainable and affordable power for ourself without having to run on generators” he said.

He also made it known the real estate firm is working on securing partnership with local and international organizations to make the dream come to fruition.