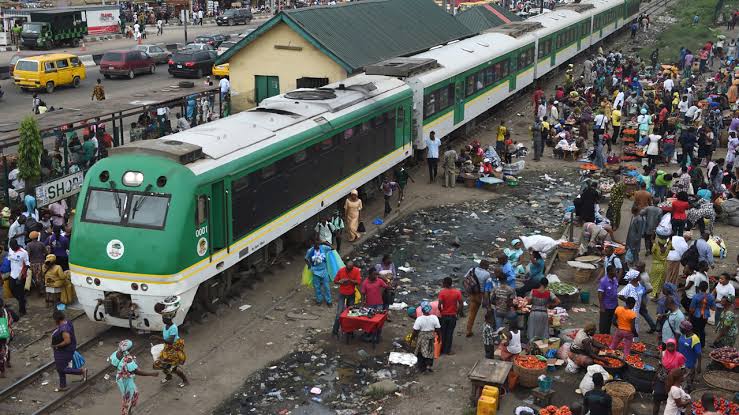 The Nigerian Railway Corporation (NRC) has said that Investigation is ongoing to find out how some clips on the Lagos-Ibadan rail tracks were removed.

Recall that suspected vandals removed some clips from the Lagos-Ibadan rail tracks on Saturday, forcing the early morning train heading from Ibadan to Lagos to stop at Papalanto while the one heading to Ibadan from Lagos was also forced into an emergency stop.

Confirming the development to Tribune Online, the Regional District Manager in charge of Lagos for the NRC, Engineer Jerry Oche explained that after the trains were forced to stop, the removed clips were replaced and the trains continued on their journey afterwards.

According to Engineer Oche, “the trains have since reached their destinations after the removed parts were replaced.

“Investigation is ongoing to know who removed them because when our team got there, nobody was seen around there even though the clips were no longer on the rail tracks.

“But we are investigating to know who removed them and why.”

Passengers aboard the Lagos-Ibadan train which departed the Obafemi Awolowo Train Station in Ibadan at 8:30 am on Saturday, were all agitated when the train was forced to stop somewhere before Funmilayo Ransom Kuti, at the Papalanto area, due to the alleged removal of some components on the railway track by some vandals.