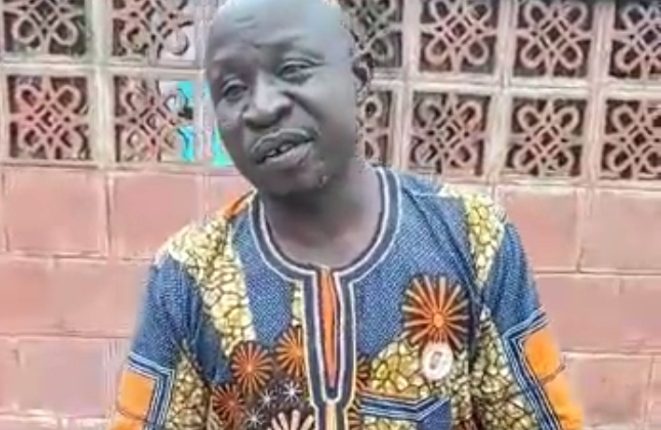 One of the members of the proscribed National Union of Road Transport Workers in Oyo state, Mr. Musiliu Muili also known as Ajanaku has explained how the Chairman, Oyo state Park Management System, Mr. Mukaila Lamidi Auxiliary making a continuous effort to end his life.

Ajanaku spoke with a Westerndailynews reporter after he was reportedly attacked by suspected hoodlums believed to be working with the PMS chairman at Hope Bus Stop, Alakia Ibadan on Wednesday morning.

According Ajanaku, said he was on a commercial motorcycle along Hope/Bus Stop Gate road when Auxiliary boys alight from a White Lexus Jeep and two Mazda cars to attack him with dangerous weapons, added it almost 2 years now that Auxiliary through his boys has been making effort to kill him.

” I was on the bike around hope heading to Bus Stop Gate when I started hearing ” Ajanaku ni yen, ara won Romo Olopoeyan ni yen ( that is Ajanaku, he is one of the Olopoeyan boys ). they crossed the bike I am on, cam down from their vehicles with Daggers, Cutlasses, to attack me, one of them was with side pistol. The best option for me was to run for life, because, it looks on them that they aim to kill.

I managed to escape through the back of the nearby shops and went to the Gbagi Police station to report the incident. Police officers followed me to the scene and during their investigation, they implored me to be more careful and if possible I run away for my life because they discovered that the attackers want to kill me.

Ajanaku explained that the Palm Slippers that he left behind during the attack were cut into pieces by Auxiliary boys.

He thereafter plead to security operatives and the general public to save his life from the PMS chairman and his boys as their main aim is to kill him as they killed one, Kabiru Kokoro a few months ago.