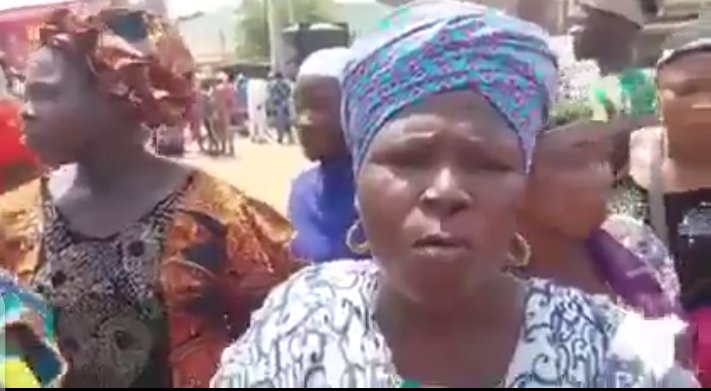 The female residents in Egbeda/OnaAra Federal Constituency, Oyo State have alleged Aides attached to Hon. Akin Alabi representing the constituency at the green chamber of National Assembly of their consistent demand for sexual pleasure before benefits connected with democracy can be shared with them.

The female residents in a viral video clip accused Alabi and his aides of bringing devastating consequences to APC, as a result of their illicit acts and inhumane behaviour.

A female leader in the constituency called ‘ Iya Moladun Kenkelewu’ has tongue lashed Alabi for his selfish interest and egocentric tendencies which are allegedly bringing devastating consequences to progressive party in the constituency.

Iya Moladun Kenkelewu added that, it was their thought that Alabi would bring succour to their hardship and give permanent heal to their sustained injuries and scars.

Maintaining that, his election and representation of the constituency at the House of Representatives remains a total catastrophe which has made people lose interest in APC as a party.

Those who were standing around the woman were speaking vituperatively of their non interest in APC, which they described its cause as a result of Alabi’s poor handling of residents’ welfare.

In his own reaction, Akin Alabi said he had no knowledge of the trending video and he was busy as at the time of filing the report to address the press on alleged atrocity.

My Life is Being Threatened, Call Folarin to Order — Shina Peller Cries Out