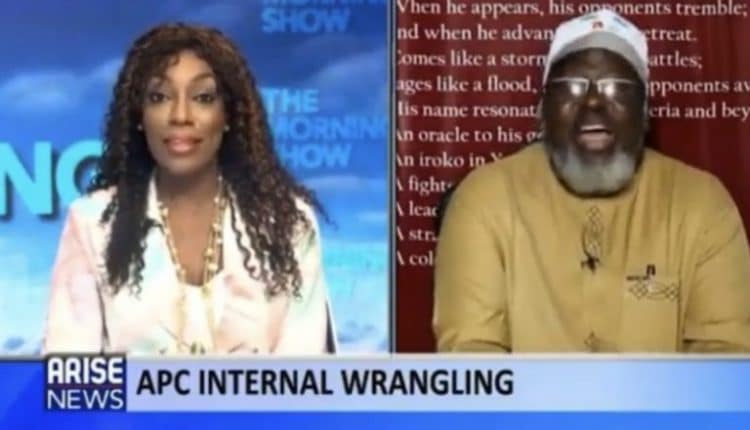 It was an embarrassing moment for APC supporters and many Nigerians earlier today as one of the Oyo APC leaders and a former Minister of Communications, Barrister Bayo Shittu, was slammed by popular Arise TV Correspondent, Tundun Abiola after he got unnecessarily combative during an interview.

Shittu, who was being grilled about the All Progressives Congress, APC’s internal wranglings got angry after he misunderstood Tundun’s comment that a lot of people will be “buoyed” by Shittu’s comment.

Tundun attempted to understand the reason why Shittu got so inflamed by her comment, but Shittu refused to calm down.

An attempt by another correspondent, Rufai Oseni, to calm Shittu proved abortive leading Tundun to exclaim that the former Minister of Communications needed a dictionary.

Watch the video below: