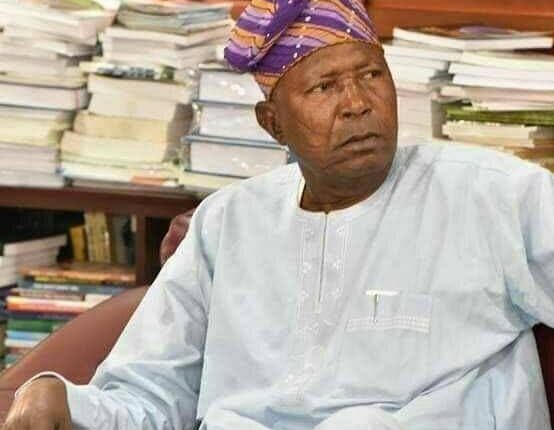 The Chairman of the people’s Democratic party in Oyo State has been alledge to have said that he and his state Excos are tired of running the state party affairs due to series of unhealthy Crisis rocking the party.

This was revealed by a Chieftain of the people’s Democratic party, Alhaji Adebisi Olopoeyan in a Live Radio program on Agidigbo FM 88.7, Anchored By Akinyefa, Monitored by Akéde Ọ̀yọ́ , Olopoeyan said that the State Party Chairman pleaded that he and his Excos are tired and can no longer handle the ragling crisis that keeps rocking the party.

According to Olopoeyan the State party Chairman stated this at a reconciliation meeting summoned by the PDP Reconcilation Committee Led by a former Senate President Dr Bukola Saraki at Abuja, he Alhaji Kunmi Mustapha said this, in the glearing presence of everyone,it shows alot is going wrong with the party.

Why Pius Ayim asked him why he made such statement, he said ‘we’ understand and he as well knows the reason for him to have altered such words, it means he Alhaji Kunmi Mustapha tiredness is as a result of the constant Crisis that has bedivere the party over the last couple of months, He no longer enjoys certain Relationship with some quarters.

Olopoeyan concluded by saying the only person who knows how to resolve all warring parties is the Governor, he definitely knows how to do that, Party peace is key and only the Governor have the right answers to the solution.