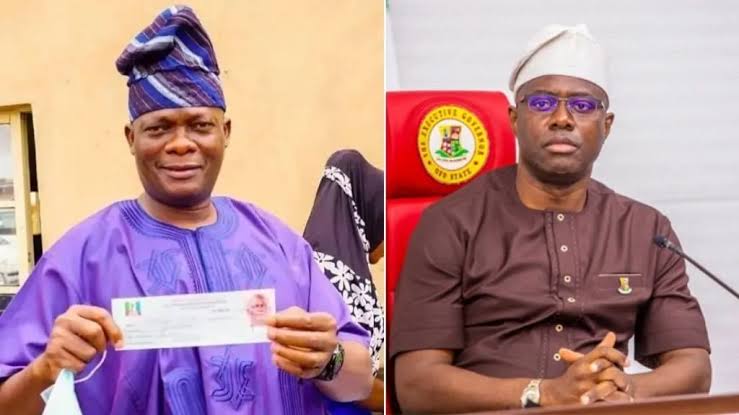 We Can’t Jagba in 2023, We Need Unity to Defeat Seyi Makinde — APC Chieftain

A Chieftain of the Oyo State Chapter of the All Progressives Congress, APC, Dr Azeez Adeduntan has said that it would impossible for the party to defeat the incumbent governor, Seyi Makinde if it does not unite it members before the 2023 general elections.

Adeduntan made this comment on Saturday while featuring on a political radio program Bose Nlo Extra on Agidigbo FM.

He added that the only way APC can defeat Seyi Makinde in 2023 is to present a united front.

“Oyo State is not Kogi or Bayelsa state.

“Seyi Makinde, I congratulate you. Your prayers are being answered. The only way that Seyi Makinde’s reelection prayers won’t be answered is if APC is united. If we are not united, Seyi Makinde will win again. Quote me anywhere.