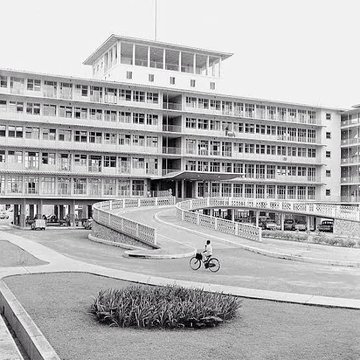 The management of University College Hospital (UCH), Ibadan, has described reports that it has introduced the daily payment of N1,000 electricity bill per patient.

The Public Relations Officer of UCH, Mr. Toye Akinrinlola, in an interview with newsmen on Monday at the Board Room of the hospital, said the management has not imposed the bill on each patient in the facility per day, though the hospital is expending about N20million monthly in recent time on diesel to power critical areas such as labour ward and theatres, accident and emergency unit, intensive care unit and so on, while about N60million also goes to the Ibadan Electricity Distribution Companies (IBEDC) monthly for power supply that is not constant.

The reaction followed an internal memo that got leaked to the media, which was said to have been circulated on Monday June 21, 2022. The memo, entitled: ‘Approval for the Recommendation to add Utility Fee to the Service Fee Charged to Patients in the Hospital’, which was signed by Wole Oyeyemi, UCH administrator, on behalf of the chairman, Medical Advisory Committee and Chief Medical Director. It was addressed to the Director/Head, Finance and Accounts Department of the hospital.

In his reaction, Akinrinlola stated: “There is no truth in it. The management has not said they would charge N1,000 electricity bill per patient per day. What we are looking at is a review of our utility bills. When you talk about utility, you’ll talk of water, you will talk of power. And all of these things are on the increase everyday.

“So, the management is planning that for us to be able to serve the public more efficiently, there has to be slight increase in the amount being paid for these services. Already, there are some service charges being paid by patients that come to UCH. And we are all aware that things are getting costlier everyday.

“The memo that is referred to is still an internal memo. How it got out is an issue. The management is tackling that. But I can assure that we have not started implementing it, and it is not tagged to electricity bill. It may be an error on the part of the person, who saw or it is a misinterpretation of policy. UCH has not started doing such thing. There are also many services that we render.

“But in actual sense, we have a lot of challenges too. UCH is in the society. For instance, we pay between N57million and N60milion every month for electricity that is not constant. Then, for us to keep our critical areas operational, we use diesel. There is no month in the recent time, especially since the price of diesel has skyrocketed that we spend less than N20million on diesel. If you add that up, you will know what that will be.

“And we have not increased our tariffs to commensurate with these increases. Diesel was at a point N300. Now, it is almost N850. So, you can see the percentage. Now, the UCH has not thought of increasing its tariffs because we all know that the patients that come here are also from the same society that we live in.

“So, UCH, being a government hospital, we don’t reject patients. We don’t have the right to reject patients. We must start to attend to them. Some will be well and pay for their treatment, while for some, the hospital covers their bills. All these are all we do to keep health care delivery active.”

When asked to mention the amount that UCH has been receiving as subvention from the Federal Government monthly, Akinrinlola simply said, that is government policy and that he is not in the account department to know that amount.

But an enquiry from one of the leadership of workers’ association in the hospital revealed that facility has been getting N70million subvention every month, saying: “We are receiving N70million monthly from the government. The money is not even enough for a teaching hospital of UCH status. Also, policemen and personnel of Federal Road Safety Corps (FRSC) would rush accident victims to this hospital and we must treat them.

This hospital takes responsibility for settlement of the bills of majority of them. Then, the money being paid by patients goes to Treasury Single Account (TSA). I have also read how people have been portraying the management of this hospital in bad light over this. It is not fair. On a number of occasions, the IBEDC has come to disconnect power supply to this hospital.

“What is bad if the Federal Government is responsible for the payment of electricity bills for its hospitals? This will go a long way in making the health care delivery system more active. There are some critical areas that must be on generators 24 hours per day. The situation has got to the level that the hospital now buys diesel with kegs to fuel the giant generators. Our association has met with the management on this and when we saw what is on the table, and the current societal realities, the slight upward review of the utility bill is inevitable.”