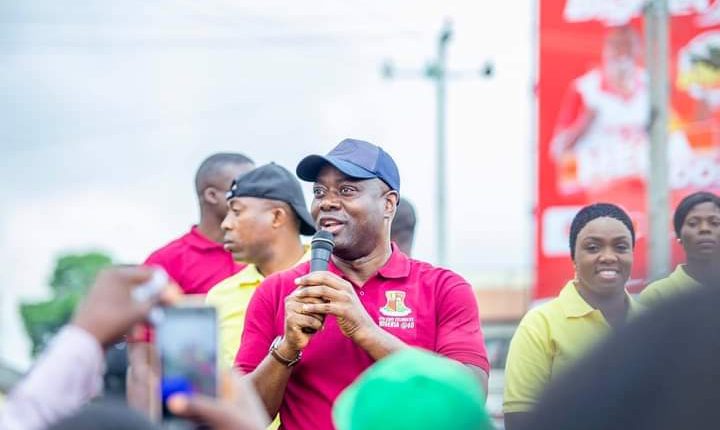 Oyo State governor, Engr. Seyi Makinde has said that his administration had given the Infrastructural sector in the State a Face lift through different awarded projects, thereby reducing the infrastructural deficits in the State.

The governor stated this in a statewide broadcast to commemorate the country’s diamond jubilee on Thursday, He also hinted that efforts are in place to re-awarded Akobo-Ojurin road, which was ‘mismanaged’ by the contractor engaged by the last administration.

He admonised the people to exercise patience with the Government whenever they noticed that expected dividends of democracy are slower in coming. He noted that one of the disadvantages of the system is that it must follow bureaucratic processes, which often slow down decision-making.

He said: “Our various road projects are proceeding on schedule. The Moniya-Iseyin road is 57% complete; the 21km Airport-Ajia-New Ife road with a spur to Amuloko, which was just commenced in August, 2020 is already 4% complete. The Apete-Awotan-Akufo road and Under G-Stadium-LAUTECH-Second Gate road are underway. We recently re-awarded Saki Township road and awarded the Gedu-Oroki-Sabo-Ashipa road in Oyo Town.”

Makinde further added that the country has not gotten something right in the last 60 years, noting that the current democratic experience is one of the positives that must be maintained and nurtured to maturity added that Nigerians should use the occasion of the nation’s 60th Independence anniversary to focus on happy moments rather than looking back to the days of yores.