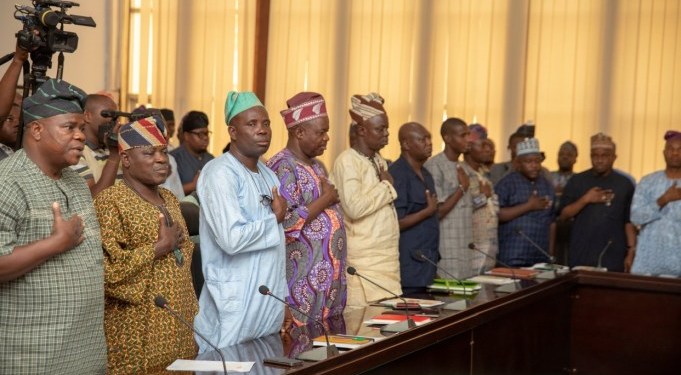 We Have No Issue With ICPC, They Are After Chairmen Under Ajimobi’s Administration—Oyo LG Forum Chairman

In a statement signed by its Chairman, who is also the Chairman of Ibadan South-East Local Government, Alawode Emmanuel Oluwole, the Forum confirmed such invitation.

He added that contrary to a report in the media, the ICPC is currently investigating the purchase of excavators for the local government councils under the immediate past administration of the late Governor Abiola Ajimobi.

Alawode confirmed that while the four chairmen were truly invited to the ICPC headquarters in Abuja, they were questioned on the purchase of excavators, which took place under the immediate past administration in Oyo State.

“We promptly told the ICPC that the excavators were purchased by the immediate past government in Oyo State and that we (the current council chairmen) did not meet records of the purchase in our councils,” Alawode said.

According to the statement, during the visit to Abuja, the chairmen were asked why it cost the previous government N75 million to purchase each of the excavators when each of the machines should not cost more than N21 million.

The statement read: “We told the ICPC that we were not there during the purchase of the excavators and that we didn’t meet any documents concerning the purchase in the councils. Within two hours, we were done with our statements and we left the ICPC Headquarters.”

The Forum’s chairman also dismissed the report which claimed that the chairmen were being investigated for allegedly diverting funds accruing from excavator rentals, which the report put at N80,000 per day.

The Forum’s Chairmen refuted the report which has it that the Chairmen were grilled over alleged diversion of public funds in their private accounts.
“We also need to correct the wrong impression that some of the chairmen so mentioned were allegedly diverting funds from businesses made with the excavators. None of us diverted any funds whatsoever. It is wrong to say that the chairmen have been diverting proceeds of excavator rentals and we equally need to state that whereas each excavator is given out at the rate of N50,000 per day, the media report erroneously quoted N80,000. This is a wrong assertion meant to tarnish the image of the hardworking chairmen,” the statement read.